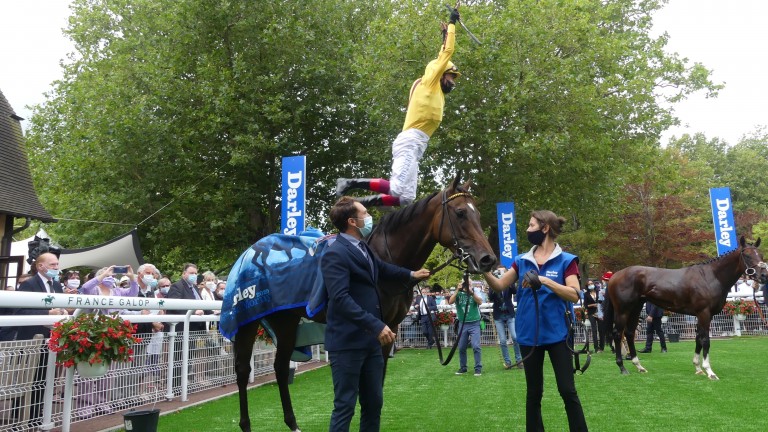 Frankie Dettori's French mission is complete and he can now return home to Britain, albeit for a spell in quarantine.

The master rider raised plenty of eyebrows when he opted to skip York's Ebor festival in favour of a trip across the English Channel, but the benefits of that decision were readily vindicated as Campanelle won the Prix Morny to wrap up a memorable sojourn at Deauville, where he plundered two Group 1s in seven days.

With his job done Dettori is heading back to Newmarket – with a few souvenirs, of course.

He said on Sunday: "It's been great and I've had a fantastic week with some great results.

"I've filled my car with wine, baguettes and cheese, and now I'll travel back to the UK through the night. I'll get my [Covid-19] test tomorrow, lock myself in the house for a week and reflect on this beautiful period of racing."

Dettori's rendezvous in Normandy got off to a flyer last weekend when Mishriff powered home to land the Guillaume d'Ornano and Palace Pier pummelled his rivals to win the Prix Jacques le Marois. 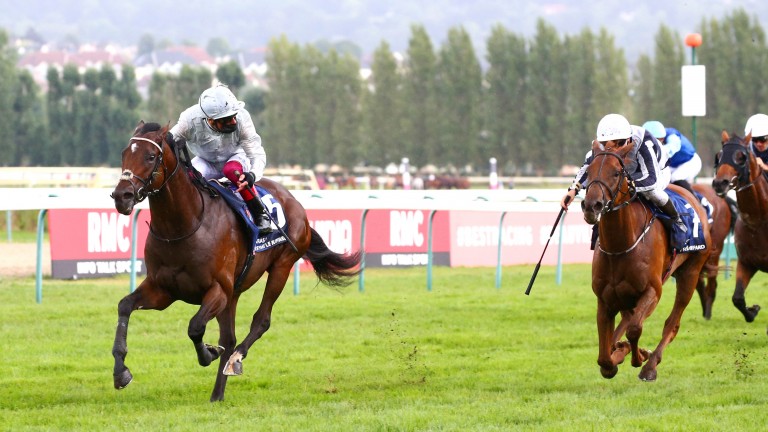 A week enjoying the delights of Deauville followed for the jockey, and Campanelle's success was the cherry on top of a very successful trip.

Under government restrictions, anyone returning from France must self-isolate for a fortnight on return, a period reduced to eight days for elite sportsmen and women provided they pass two tests for Covid-19.

Dettori will not be in action next weekend but will hope to be available to ride Enable in the September Stakes at Kempton on September 5.

'The Arc is definitely in the discussion' - Mishriff connections mull options

FIRST PUBLISHED 4:46PM, AUG 23 2020
I'll get my test tomorrow, lock myself in the house for a week and reflect on this beautiful period of racing

Palace Pier tops Horse of the Year standings despite Baaeed Champions Day defeat Fury and frustration but also an abundance of smiles on a vintage Champions Day 'He's just a beast' - Baaeed holds off Palace Pier in epic QEII battle Next up: key quotes as Palace Pier and Baaeed do battle in heavyweight clash Next up: key quotes as Mishriff and Adayar head a stunning Champion Stakes Adayar v Mishriff: Graeme Rodway crunches the numbers to reveal who is fastest