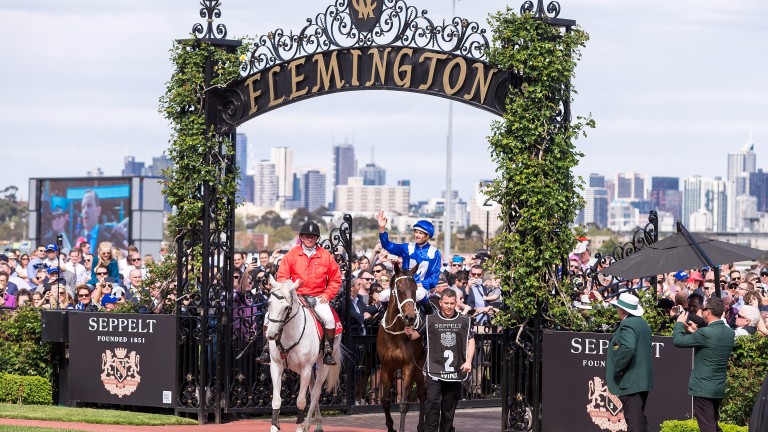 Winx and Hugh Bowman return after winning the Turnbull Stakes at Flemington
Daniel Pockett
1 of 1
By David Carr 9:53AM, OCT 16 2017

British tracks are working together with their European counterparts to attract Australian star Winx and York chief executive William Derby will be joining others in Australia as part of a worldwide tour to lure overseas stars to the Knavesmire next season.

The wonder mare, who will be bidding for a 22nd straight victory in the Cox Plate a week on Saturday, has raced only in her home country to date but an international campaign could be on the cards in 2018 according to trainer Chris Waller.

Derby said: "There are a number of key targets and Winx is the big filly that we're very much focused on.

"The approach that all the tracks involved – us, Ascot, Goodwood, Newbury, Jockey Club Racecourses, Leopardstown and France – is that rather than all of us randomly trying to attract her individually, we're going to work together and map out the options for her in concert and try to get her over."

Derby will be in California for the Breeders' Cup and will also travel to Japan in his bid to entice more overseas runners to York, whose season ended on Saturday.

Ulysses and Enable were among the stars to race on the Knavesmire in 2017 and Derby stressed: "We've been thrilled with the action on the track this year. In terms of Racing Post ratings, six of the top ten horses to race in Britain ran here." 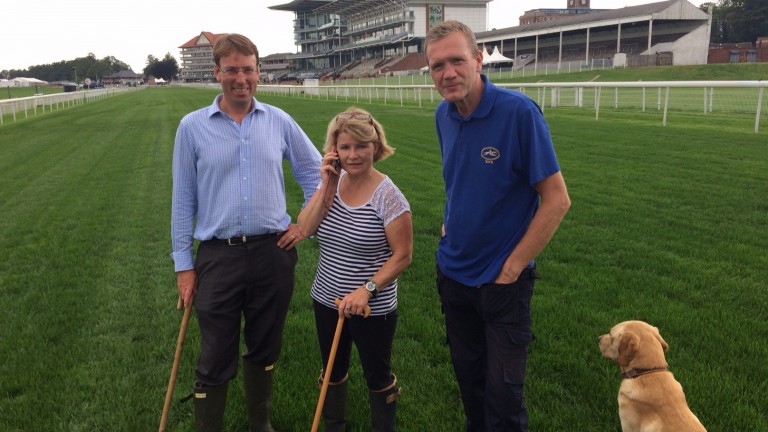 York offered a record £7.6 million in prize-money this year and a decision on whether that can be enhanced again will be made in the winter.

"We'll look to try to build on it but we can do that only if we're commercially successful," Derby said. "There are a lot of Christmas parties to sell between now and then!"

Asked about the possibility of any races at York being raised in status next year, Derby said: “We are always looking to improve and evolve our race programme. A lot of our races exceed their parameter so we would meet the first hurdle of going up.

"But the challenges are that Britain is limited to a set number of upgrades and whether there are gaps in the European Pattern calendar."

Winx could be on Folkswood's agenda

FIRST PUBLISHED 9:53AM, OCT 16 2017
We're going to work together and map out the options for her in concert and try and get her over