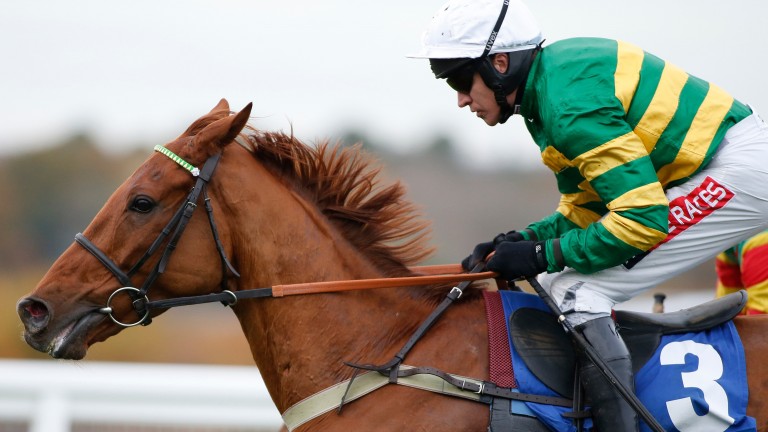 Yanworth: could be seen at Wincanton later in February
Alan Crowhurst/Getty Images
1 of 1
By David Carr 5:48PM, FEB 1 2017

Yanworth will not be in action at Sandown this weekend in the Listed Contender Hurdle, with trainer Alan King reporting his Stan James Champion Hurdle hope had met with a minor setback.

The seven-year-old had been odds-on to win Saturday's Betfred-sponsored race, but will miss out, King revealed.

He has a slight tweak on the rear hind quarters," King said. "He needs a few easy days so he won't be able to run at Sandown on Saturday."

However, it is not a setback that is expected to keep Yanworth out of work for long and King could look to get him out later in the month at Wincanton.

"I am expecting him to be all right in a few days and if that is the case we would seriously consider the Kingwell Hurdle – we have Sceau Royal in that but they have different owners," King added. "Or he could go straight to Cheltenham, we will have to see."

Following the news of Yanworth's absence, fellow Champion Hurdle hopeful Brain Power was made the odds-on favourite for the Contenders Hurdle.

FIRST PUBLISHED 1:10PM, FEB 1 2017
He has a slight tweak on the rear hind quarters. He needs a few easy days so he won't be able to run at Sandown on Saturday