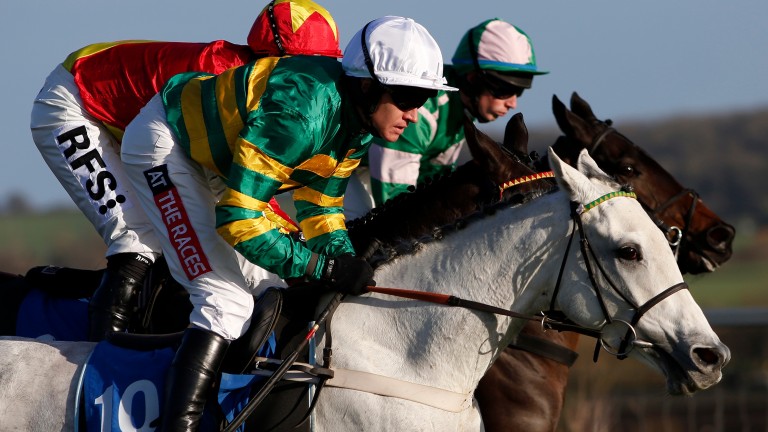 Bloody Mary: has her first start of the season at Newbury
Alan Crowhurst
1 of 1
By Lee Mottershead 6:00PM, MAR 3 2017

Bloody Mary has a Cheltenham Festival placing to her name and owns multiple entries at this season's jumping jamboree but Nicky Henderson has his eyes fixed solely on Saturday as the smart mare makes her belated seasonal reappearance.

The six-year-old, unbeaten in six French outings, was acquired by JP McManus, for whom she then won at Taunton before taking third behind Limini in the inaugural running of the festival's Trull House Stud-backed Dawn Run Novices' Hurdle.

Without a run since then, she returns after almost a year off the track, save for a workout at Kempton this week, in Newbury's ITV-televised 2m½f handicap hurdle. Should she perform pleasingly, connections have the option of turning her out quickly in the Coral Cup, Randox Health County Hurdle or Martin Pipe Conditional Jockeys' Hurdle.

"She's a tiny little person but a sweet mare and good as well," said Henderson.

"She went very well when we took her to Kempton this week but we do need to get a race into her. She won't mind the cut in the ground at Newbury. At the moment we're just taking things one step at a time."