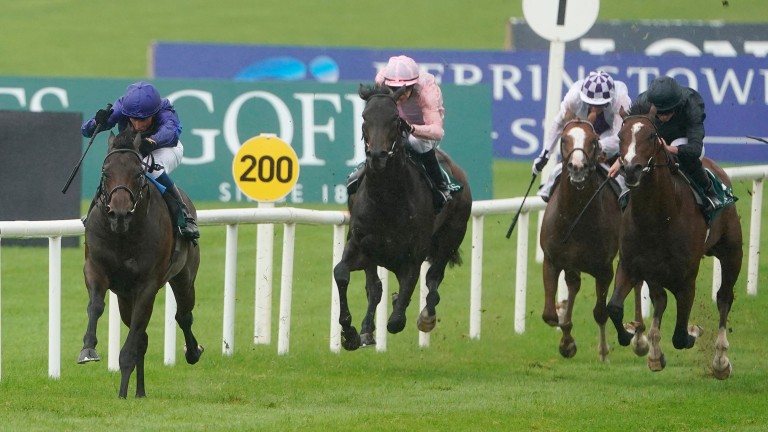 Pinatubo bursts clear of his rivals in the National Stakes at the Curragh
Alan Crowhurst/Getty Images
1 of 1
By Richard Forristal UPDATED 8:00PM, SEP 15 2019

Pinatubo produced a scintillating performance up there with the most exalted and jaw-dropping juvenile demolitions to pulverise his Goffs Vincent O’Brien National Stakes opposition by nine majestic lengths.

A second successive victory in the seven-furlong Curragh Group 1 for the Godolphin, Charlie Appleby and William Buick axis, the Shamardal colt cruised into the lead past Monoski and Arizona as they passed the three-furlong pole. Buick was still motionless at that point.

As he gave his mount an inch of rein, it quickly became clear just how superior Pinatubo was, searing further away with every step he took. Armory, so impressive for the insatiable Ballydoyle team in the Futurity Stakes, never laid a glove on him.

Ryan Moore’s partner responded gamely for pressure to eventually finish second ahead of Arizona, but they were all chasing shadows. Pinatubo had gone turbo, a Ferrari of a racehorse. 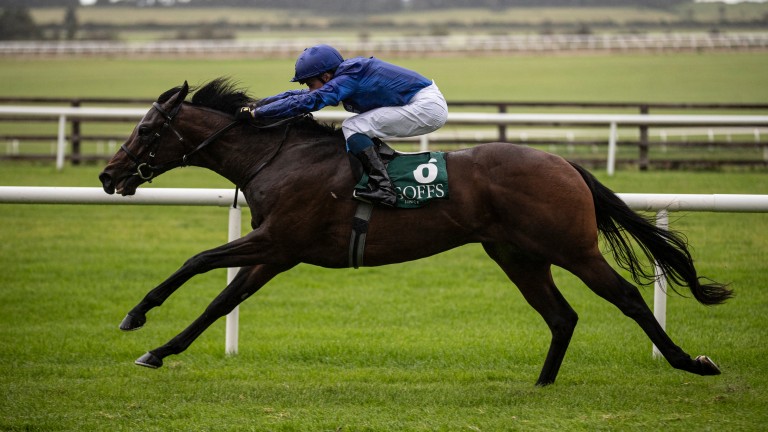 Buick started to dip him from the two-pole, and the petrol gauge was higher than even he might have expected. The machine beneath him roared away as the rest choked on fumes.

Bookmakers were suitably impressed, with bet365 cutting Pinatubo to 6-4 favourite (from 3s) for the Qipco 2,000 Guineas, while he is even-money in a place.

Having missed 12 weeks of the season with a concussion-related injury, this was the first time Godolphin’s first-choice rider had the privilege of partnering the Classic market leader in a race.

In Pinatubo's previous four outings, he looked pretty exceptional. After this superlative rout, in a time of 1.21.82s that has only been bettered recently by Hawk Wing’s devastating 1.20.9s in 2001, we now know unequivocally that he is.

"Quorto won this last year and was very impressive in beating a subsequent Derby winner, but the performance Pinatubo put in here was special,” said a very happy Buick.

“Obviously I saw him do something similar at Goodwood but today was a proper Group 1. It was a hugely exciting performance and it felt as good as it looked.”

Frankel’s ten-length rout in the 2010 Royal Lodge tends to be put forward as the recent benchmark for juveniles. 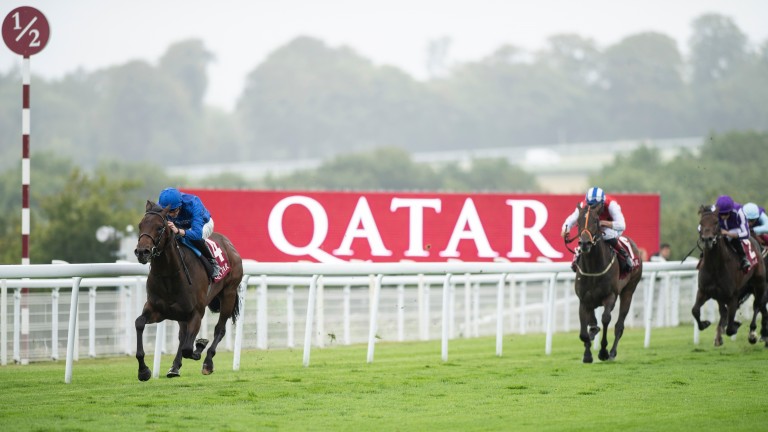 This was in the same lofty realm, a distillation of sheer excellence that history will be kind to, regardless of what Pinatubo goes on to achieve.

Last year, Too Darn Hot ended up with an official rating of 126 that put him on a par with Frankel - and Dream Ahead - from 2010, so how the handicappers assess this fellow will be fascinating.

“He’s the best two-year-old I’ve trained, there’s no doubt about that,” gushed Appleby, who indicated the Dewhurst would likely be next on the agenda for his precocious colt.

“I’ve been very lucky to have some nice two-year-olds through my hands so far but something like him is amazing, because he just doesn’t do anything in the mornings.

"I worked him midweek with some of the nicer two-year-olds and [Champagne Stakes runner-up] Royal Crusade put him in his place.

"We only ever see the best of him when he turns up at the track, which is a nice position to be in.”

“He has a great temperament and adapts to all different circumstances, whether it be in a race or whatever is thrown at him. But today he was mightily impressive.”

Prior to the National Stakes, Longines Irish Champions Weekend had not bore witness to an equine performance with a real wow factor, and it was going to take something special to stall the O'Brien family juggernaut that had claimed each of the previous four Group 1s.

Pinatubo saw to both of those matters with aplomb. He is an absolute gem.

Mohaafeth bidding for redemption for William Haggas after late Derby withdrawal 'Challenging horse' Kemari solves his trickiness puzzle with impressive success Can one-of-a-kind Jim Bolger pull off more Group 1 heroics with Poetic Flare? One trainer, one jockey, one horse and one race to note on Royal Ascot day one Shadwell 'trimming' continues with more than 100 horses catalogued for July sale 'It's been a great week' - Charlie Appleby's amazing run of success continues