World Hurdle winner More Of That returns on Sunday 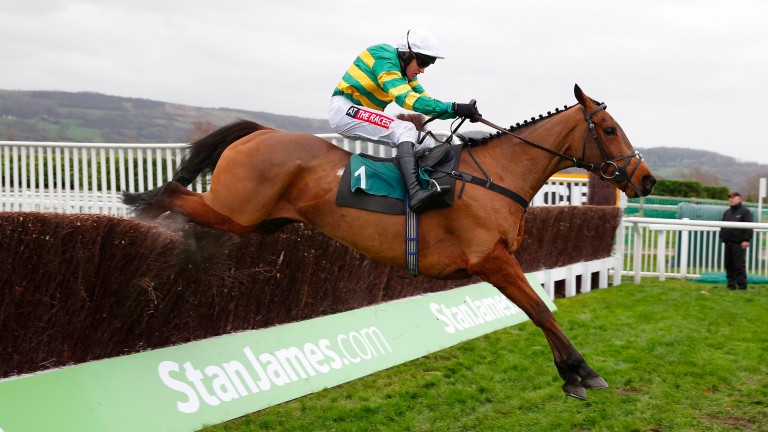 Former World Hurdle winner More Of That will have a summer wind operation tested when he returns to action at Carlisle on Sunday in an intermediate chase with a strong history.

The Jonjo O'Neill-trained eight-year-old beat Annie Power at Cheltenham in 2015, but after winning his first two starts over fences last year, he finished only third to Blaklion when hot favourite for the RSA Chase and was subsequently found to have bled.

O'Neill said: "He's in grand form and the plan is to go to Carlisle. He bled at Cheltenham because of his wind, so he's had it operated on in the summer.

"From what we've seen at home it seems to have worked, but that's always the case as they don't come under any pressure. We'll know a lot more after he's raced."

More Of That is a 20-1 chance for the Hennessy Gold Cup and around 33-1 for the Timico Cheltenham Gold Cup, but O'Neill would not be drawn on targets.

The trainer, who is happy with the ground at Carlisle but fears conditions might be too quick elsewhere for many of his weekend entries, said: "We'll see how Sunday goes before we look any further ahead."