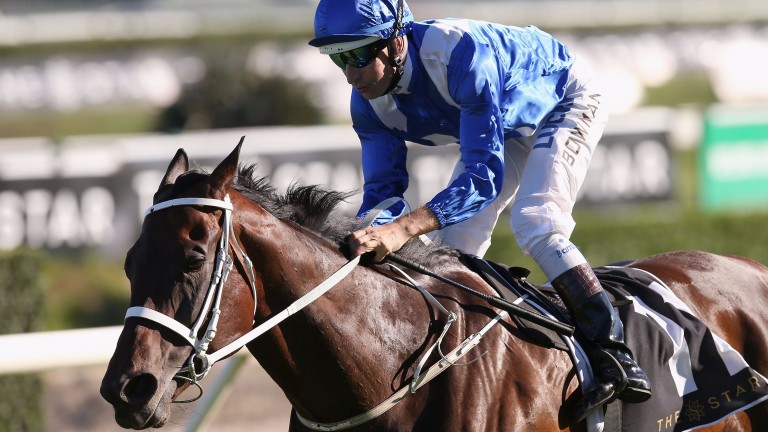 A heatwave in Sydney, where temperatures exceeded 40C, prompted officials to reschedule the race from its original slot on Saturday, and Winx produced another red-hot display.

Travelling smoothly in midfield after a tardy start, the best turf horse in the world pounced in the straight and quickly skipped clear of her rivals once shaken up by jockey Hugh Bowman.

Racing over a trip short of her best, the dual Cox Plate winner took a stride or two to hit her devastating top gear but her authority over her rivals was total.

Trainer Chris Waller was in awe of his superstar mare once again, and said: "It's a very humbling experience to say the least and it's a huge privilege to be part of her career.

"The owners do an amazing job in supporting me and supporting her. They don't over race her and it's just a pleasure to be part of it.

"There may be one day when another champion comes through and takes the mantle and we're prepared for that, but we're enjoying it while it lasts."

He added: "Hugh does a fantastic job and is Mr Cool. He makes it look easy but it's not easy."

A slow start and a moment of hesitation caused brief concern for jockey Hugh Bowman, but ultimately his mount was far too good.

"She didn't jump into stride and was a bit fractious in the gate as she's fresh," he said. "It was a genuinely run race and she travelled really comfortably throughout.

"They left me a little flat-footed when they turned on the pressure at the 600 [metre mark] and if I'd had been on anything else I'd have been worried. I just encouraged her to pick up the horse in front and in the blink of an eye it was all over."

He added: "She's great to be on and be a part of and is great for our industry."

Hartnell was again second to Winx, bursting from the pack with a powerful late run once the race was over. Ex-Irish Endless Drama was third.