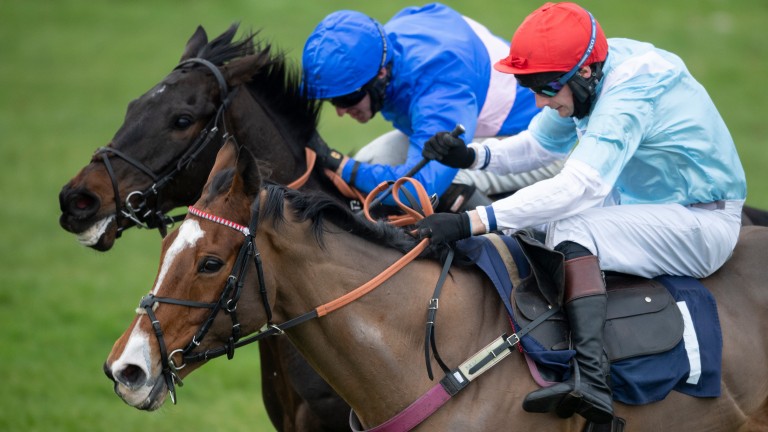 Having no owners on course due to coronavirus restrictions is a blow to syndicates like Foxtrot Racing, but at least its members have a promising horse in the shape of Witness Protection, who proved too good for his rivals in the novice hurdle.

Trainer Martin Keighley thinks plenty of the eight-year-old and, once he had finished filming a video message from jockey James Best for the owners, said: "I think he could be up for something fancier.

"I had him in the Challow and a Listed race at Cheltenham on New Year's Day. When that was abandoned we thought we'd come here because he was desperate for a run – he deserves a step up in class.

"Foxtrot are a fantastic bunch and I'll be forwarding that video in a minute."

Frost at the double

Bryony Frost warmed up for her big-race ride on Yala Enki in the Welsh National with two winners for her boss Paul Nicholls, whose Ditcheat operation continues to do little wrong. 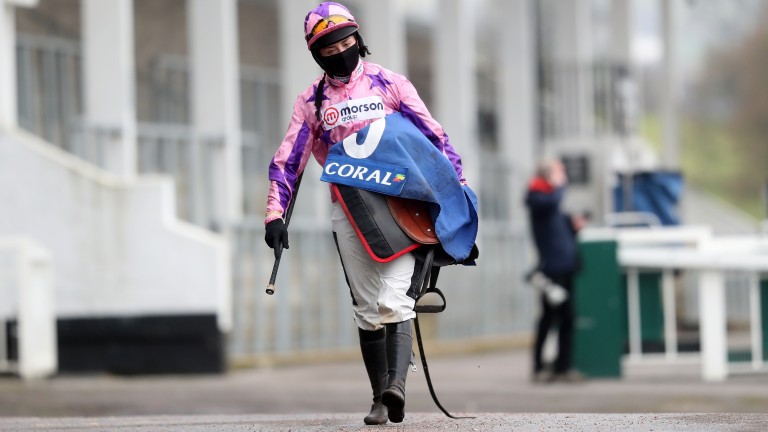 Frost, third in the feature race, opened her account on Pozo Emery in the maiden hurdle and then partnered Storm Arising to victory in the handicap hurdle – a ride that had Nicholls' assistant Harry Derham reaching for superlatives.

"I thought it was a very good ride as he's a bit of a monkey when he gets to the front," he said. "Bryony kept waiting and waiting, though."

The yard had by that stage already enjoyed winners at Kempton and Wincanton, and Derham added: "The horses are going very, very well.

"January is normally a quiet month for us, but these winners are fantastic and Paul said this morning we could either have a few or six seconds and be really frustrated, but it's worked out well." 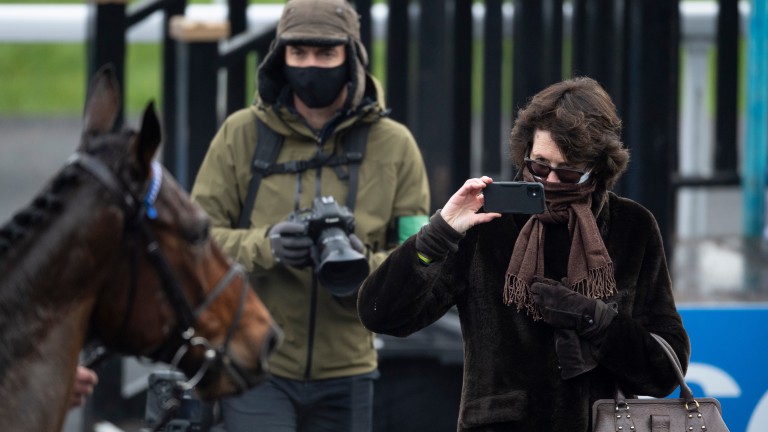 Trainer Venetia Williams gets a snap of Cepage after his victory
Edward Whitaker (racingpost.com/photos)

Joy of six for Williams

Venetia Williams' domination of the 2m3½f handicap chase continued when Cepage provided her with her sixth winner in the race since 2013, but that might not have been the case had the strong-travelling Esprit Du Large not departed at the last.