'Without doubt my most bizarre and memorable moment in television' 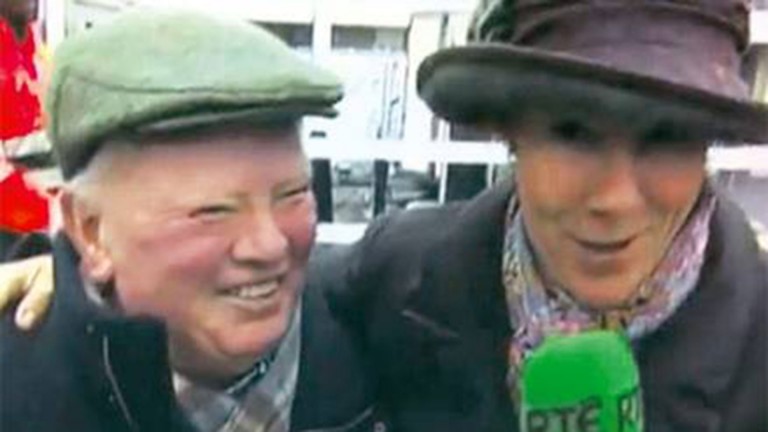 I knew Peter could come out with anything but it was beyond my wildest dreams that he would say what he did. I'm rarely lost for words but this was one occasion where I actually was. It floored me.

I had spotted Peter watching the race on the big screen and I could tell he was quite nervous. It meant a lot to him. I had positioned myself to get the very first interview after the race as I knew his initial reaction would be the best one. Little did I know!

I had no idea if RTE had cut to a commercial break after he said what he said so I knew that I just had to continue with the interview. You can actually hear me saying: "You can't say things like that on television."

To be perfectly honest, it did not dawn on me how big that clip would become until my nephew, who was living in Australia, rang to tell me it had gone viral. It made me realise just how big social media was.

It's funny, it is the one thing that people still come up to me and talk about. I could be sitting on an airplane waiting to come home from a foreign country and people will come up and ask me about it. It is always the first thing they say to me.

I remember chatting to his wife, Junie, about it afterwards and she said that she was out lambing when the interview was on and if she had heard it that she wouldn't have been there when he got home! It was all a bit of banter and done in good spirit.

It was without doubt my most bizarre and memorable moment in television.

FIRST PUBLISHED 12:27PM, JAN 27 2018
It was only after my nephew, who was living in Australia, rang me to tell me that it had gone viral. It made me realise just how big social media was