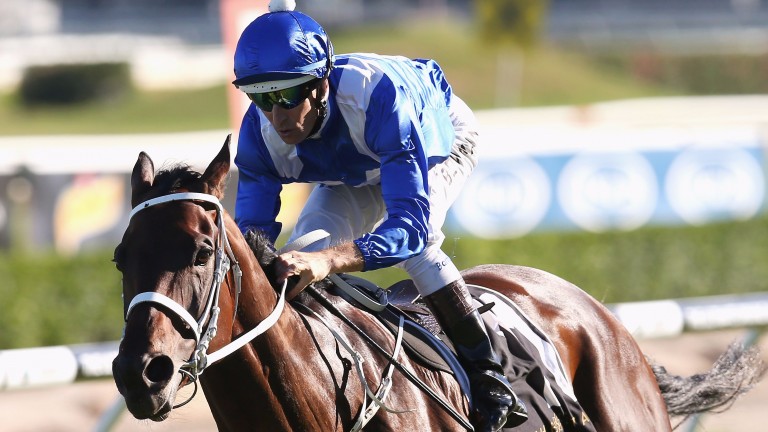 Winx's presence in Saturday's Group 1 Seppelt Turnbull Stakes at Flemington has meant only ten further potential runners were entered on Monday, with rivals running scared of the biggest name in Australian racing.

The superstar mare, who is chasing a historic third consecutive Ladbrokes Cox Plate victory later this month and made it 20 consecutive wins in the George Main Stakes last time, arrived in Melbourne from Sydney last week and worked at Flemington on Monday prior to what will be her first run at the famous course.

When Winx does line up at the home of the Melbourne Cup, however, it looks as if she will do so as part of a small field, with officials extending the entry period until Tuesday in a bid to attract more runners to the 2000 metre contest.

Regular rider Hugh Bowman was on board Winx at Flemington on Monday and trainer Chris Waller spoke to reporters after the piece of work.

"She trailed approximately 200 metres behind stablemate Japonisme in her gallop to give her a lead and she worked over 1200m conservatively," said Waller.

"She steadily built momentum into the work to ensure she knew what the long Flemington straight was all about and attacked the line well. Both Hugh and I couldn't have been any happier with the work.

"It was a good work out which she recovered quickly from and I am therefore happy with her fitness. She ran approximately 1.04 for the 1000 metres and the last 400 in 23 seconds.

"She will have a very light gallop on Thursday morning prior to her media commitment at Flemington, which we will be in touch with later in the week. It is great to see her settle in so quickly and not take any harm from the travel."

FIRST PUBLISHED 9:28AM, OCT 2 2017
Both Hugh and I couldn't have been any happier with the work