Spring Carnival MATCH MADE IN HEAVEN 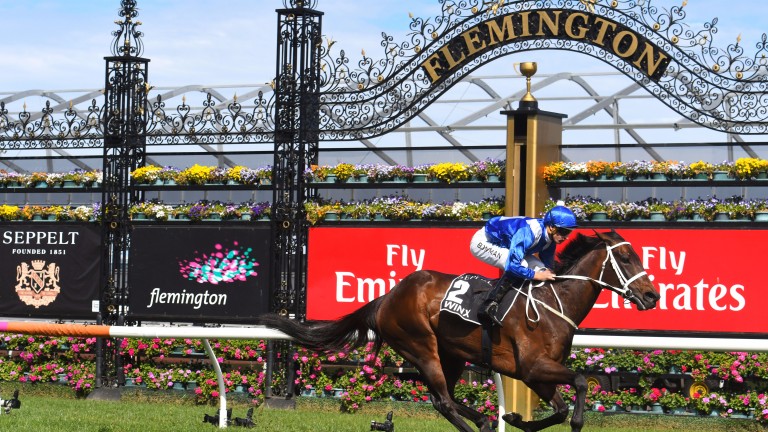 Connections of Winx, the Wonder Woman of Australian racing, have given the strongest indication yet that the mighty mare could be campaigned in Europe next year, with trainer Chris Waller describing the prospect of a clash with Britain's superstar filly Enable as a "promoter's dream".

While stressing that any trip to Britain is far from a done deal, Waller told the Racing Post there would be a "serious discussion" after next weekend's Cox Plate, while owner Peter Tighe said Royal Ascot was "definitely" on the table for Winx.

European racecourses, headed by Royal Ascot and York, have made no secret of their desire to attract the world's top-rated turf performer in 2018.

First, though, the massively popular six-year-old will bid to extend her winning sequence to 22 by completing a hat-trick in the Cox Plate, Australasia's premier weight-for-age contest, at Moonee Valley in Melbourne on Saturday week.

Sydney-based Waller is well aware of the clamour to see Winx outside Australia – and also the impression left by Enable during her three-year-old Arc-winning campaign.

"I've heard the talk of matching her with Enable and there are other great horses in Europe to respect," said Waller.

"We must get the Cox Plate out of the way first but based on a good performance there will be a serious discussion between me and the owners to do everything we can to get her to Europe," he added.

"Then we'd work out what races we might run in, whether we can campaign her three or four races, showing off what we do in Australia by perhaps starting her off over 1,200 [6f] or 1,400 metres [7f] and building her all the way through to 2,000 metres [1m2f] and maybe going further if we had to." 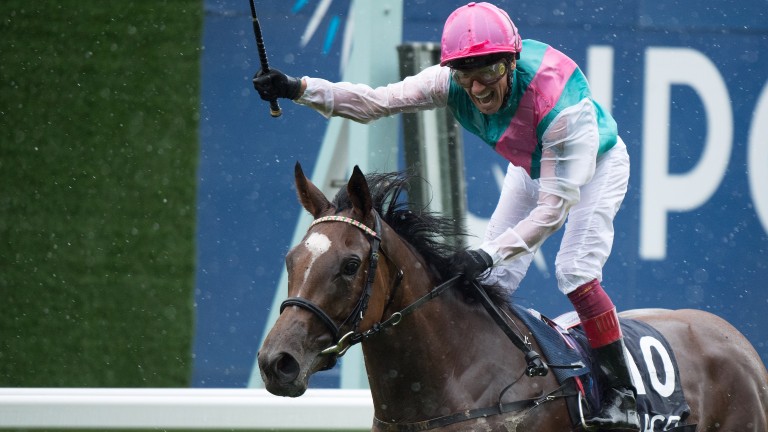 Considering a meeting with Enable, Waller even mused over a possible home-and-away leg, saying: "Maybe it could be done in a place such as Dubai but we don't want to be the party letting everybody down and I do respect racing in Europe, so it might be the most logical place – unless we put Enable and three or four other top-liners and have a marketing guru prepared to fund the transport to Australia for them!

"Maybe we could take them on in Australia and do a return bout in Europe? Who knows? It's a promoter's dream but I know it's a little more challenging than the staging the perfect boxing or Ashes match or a Lions tour."

However, the trainer also introduced a serious note of caution.

"The horse only deserves to be going to Europe if she's at her best," Waller explained. "It's not fair to take a horse in the twilight of her career to let everybody down and I'd feel for the horse if she didn't turn up in Europe and show everybody the superstar that she is.

"Travelling horses is a lot harder than the average person would think; I can't start to go through the endless amount of challenges. The fact is they go out of their season to a completely different season.

"If we take her out of her own hemisphere – her body will be a little confused and what percentage will this take its toll at? If it's five per cent, I could live with that; if it's ten per cent, then it starts to affect performance."

Winx carries the colours of the Tighe's husband-and-wife ownership vehicle Magic Bloodstock, who own her in partnership with two others.

Speaking of any potential trip to Europe, Peter Tighe said: "It's definitely on the cards as long as she gets through her Cox Plate preparation unscathed.

"Then we'd put her out for a spell and put some plans in for next year's racing, probably a warm-up in Sydney and if she's in fine fettle, we'd be looking at a couple of races over there at the Ascot carnival. That's what we'd like to do – we'd love to come over there and see you guys."

If you enjoyed reading this you may also be interested in:

FIRST PUBLISHED 2:14PM, OCT 18 2017
It's a promoter's dream but I know it's a little more challenging than the staging the perfect boxing or Ashes match or a Lions tour