Winx taking to Melbourne life as she prepares for Flemington debut 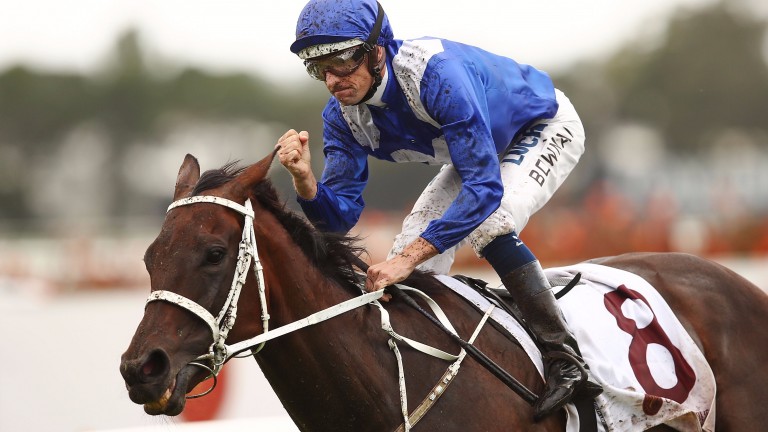 Winx: looking to make it 21 consecutive wins at Flemington on Saturday
Brendon Thorne
1 of 1
By David Baxter UPDATED 7:30PM, OCT 5 2017

Australia's wondermare Winx has achieved so much in her career for trainer Chris Waller, but there are still new challenges to tackle, one of which is racing at Flemington.

That is a surprising omission from her CV, given Flemington is the home of many of Australia's leading races, most notably the Melbourne Cup.

It makes Winx part of a select club of four horses in Australian racing's Hall of Fame to have never competed at Melbourne's premier track, but she will leave Shannon, Luskin Star and Strawberry Road to their piece of history when lining up on Saturday in a bid to make it 21 consecutive victories.

According to British bookmakers, another win is all but assured as she is a 1-5 shot to defeat six rivals, and jockey Hugh Bowman is happy with how she has taken to her new surroundings.

Bowman took her out for some light work on the track on Thursday morning, and said: "Winx feels good, she's settled into Melbourne nicely. She seems more relaxed than she was at home at Rosehill."

The majority of Winx's runs have been at Randwick, which is a right-handed track, but she will be racing anti-clockwise at Flemington on Saturday.

A crowd of around 25,000 is expected as Winx will take part in her likely final prep race before attempting to equal Kingston Town's record of three Cox Plates, but rivals on track are scarce, with Makybe Diva Stakes winner Humidor leading the opposition.

Bowman is not taking Darren Weir's runner for granted, and said: "I've got a healthy respect for Humidor — I thought his win last start was very impressive, he beat a class field."

Also among Winx's rivals is Sir Issac Newton, a former runner for Aidan O'Brien, who has now joined Robert Hickmott.

FIRST PUBLISHED 2:03PM, OCT 5 2017
Winx feels good, she's settled into Melbourne nicely. She seems more relaxed than she was at home at Rosehill