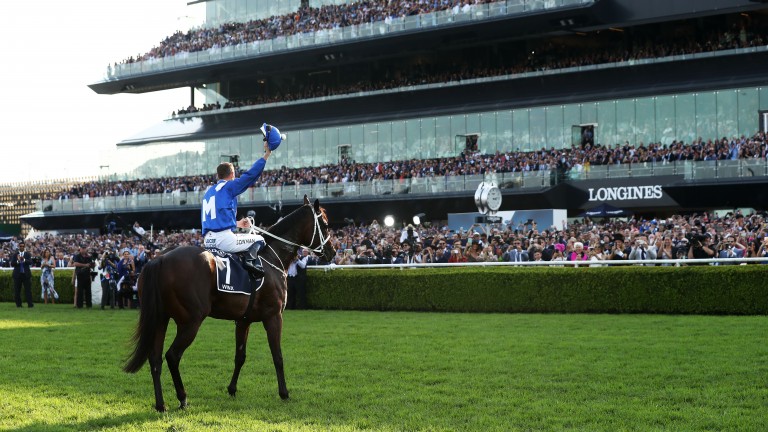 It was a perfect day and she was the perfect racehorse but now her job is done.

For on an afternoon of near unprecedented expectation, adoration and emotion, the racing wonder that is Winx left the stage in style, bidding goodbye to her fans with one last virtuoso performance.

There are questions that can never be answered, truths we can never know, such as where Winx ranks in the all-time pantheon of great horses.

What can be said for certain is when she crossed the finishing line of the Longines Queen Elizabeth Stakes Winx put the seal on a uniquely glorious career, one that has made her a true icon of Australian sport. Each and every one of those present at Sydney's Royal Randwick racecourse would testify to that. 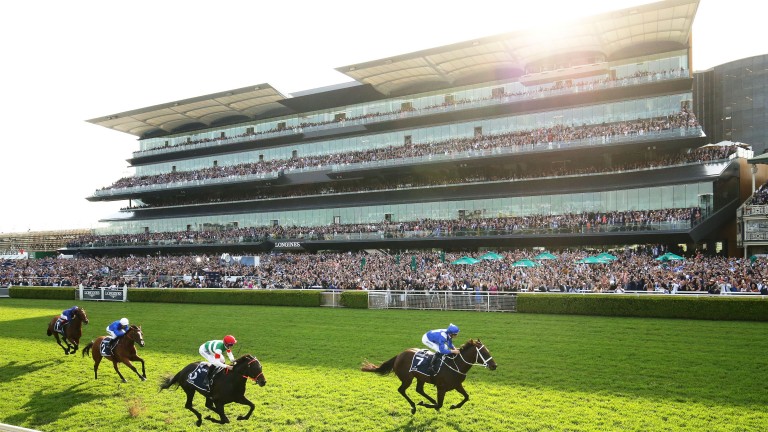 Tears flowed freely from those who have been at her side for so long as they realised that after four years of invincibility the final line of the final chapter had been written.

Asked what had been his first reaction when the race was won, trainer Chris Waller said: "Relief. Given the global exposure it would have been terrible to see her getting beaten, but whether she won or hadn't won she would still have been this great horse who has touched our lives."

For so long now a constant in those lives has been the daughter of Street Cry. Many thought she would stop after capturing a record fourth Cox Plate in October. Instead her connections allowed her a farewell tour that ended on an unforgettable sun-blessed afternoon made brighter still by Winx entering retirement with her 33rd consecutive success.

It is a barely believable achievement made all the more extraordinary by the fact 25 of those victories have come at the highest level. Quite exquisitely, that 25th top-flight triumph gave Waller his own 100th Group 1 win.

It was the result a nation had been desperate to see, including prime minister Scott Morrison, who broke off from a general election campaign to be one of the 43,833 racegoers who left Randwick sold out. 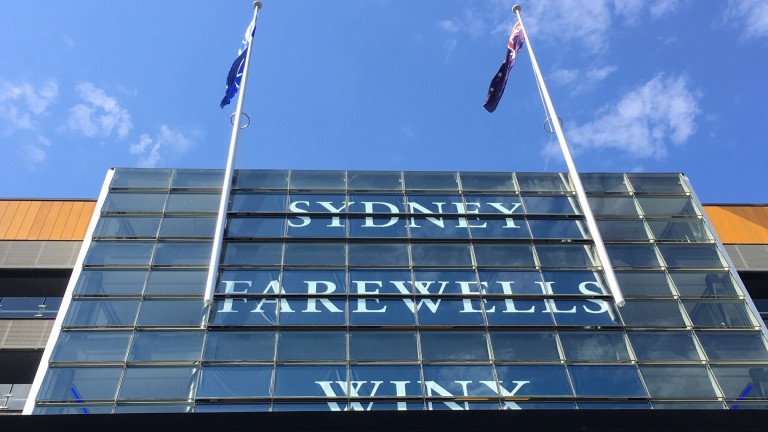 There was no way of missing who was the star of the show at Randwick, where a Winx flag flew alongside that of Australia.
Lee Mottershead
On a visit to the racecourse stables 90 minutes before the Queen Elizabeth hundreds of those racegoers were packed deep around a rail in the racecourse stables, all of them hungry to get a glimpse of Winx in box 114.

When it was time to work Winx came out of box nine. She began from a wide berth and was still four horses off the fence turning for home. Once in sight of the winning line she knuckled down in characteristically determined fashion, coming clear of Japanese challenger Kluger to rapturous applause and cheers. Old foes Hartnell and Happy Clapper took third and fourth. He's Eminent could manage only eighth for Sir Mark Todd.

Those who might pointlessly seek to dismiss Winx's huge talent should consider the words of Kluger's world-class rider Tommy Berry. "I’ve got no words really," he said. "You just don’t have a horse sprint like he did then and get beat."

He was beaten because since May 2015 Winx has allowed nothing to beat her. All those who tried were dismissed by a seven-year-old mare who has been a blessing to a sport in Australia that has been repeatedly battered by scandal. On so many levels Winx has been a force only for good.

"It’s going to be nice to have my life back," said Bowman, who talked at length with dignity, observing that during Winx's period of dominance he had lost friends to cancer and shared with wife Christine the trauma of her brother last year taking his own life. Relative to all that, the pressure of riding the world's most famous racehorse was much more a privilege than a curse.

"We came here as confident as we have ever been," said Bowman "What a journey it has been. I can't believe this is the end."

Yet this is the end and Waller was therefore keen to pay tribute to all those who made the journey possible. 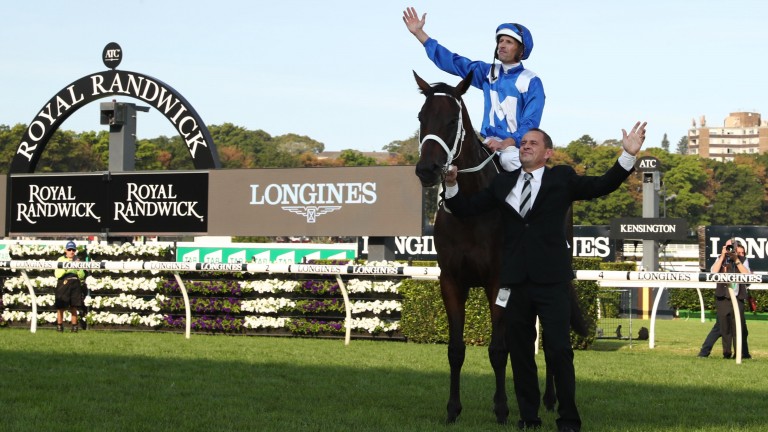 "My team has done an amazing job and it's rare they get the accolades they deserve," he said, before insisting he had not allowed himself to dream of this moment. "I didn't think about it," he said, his voice quivering. "I thought about everything except winning. It's as simple as that. You don’t set yourself up for these big wins. You just do your job."

He has done that job superbly, as was made clear by the owners of Winx, now the highest-earning horse of all time with a haul of £14,564,743.

"Winx is the most amazing, supreme athlete I've ever seen, handled by the best coach," said Debbie Kepitis, while Peter Tighe broke down when expressing gratitude to racing fans in Australia and beyond. "We love her to bits," he said. "I want to say a big thank you to everyone right around the world. It has been a great journey and I'm glad everyone has enjoyed it as much as we have."

That journey is now over. As Bowman rode Winx back up the track to be acclaimed by the crowd, Tina Turner's "Simply The Best" played out across Royal Randwick and a plane painted the word "immortal" in the sky.

Immortal, invincible and utterly incredible. Motherhood beckons, but from the racecourse Winx is now gone. She will never be forgotten.

FIRST PUBLISHED 6:22AM, APR 13 2019
I want to say a big thank you to everyone right around the world. It has been a great journey and I'm glad everyone has enjoyed it as much as we have