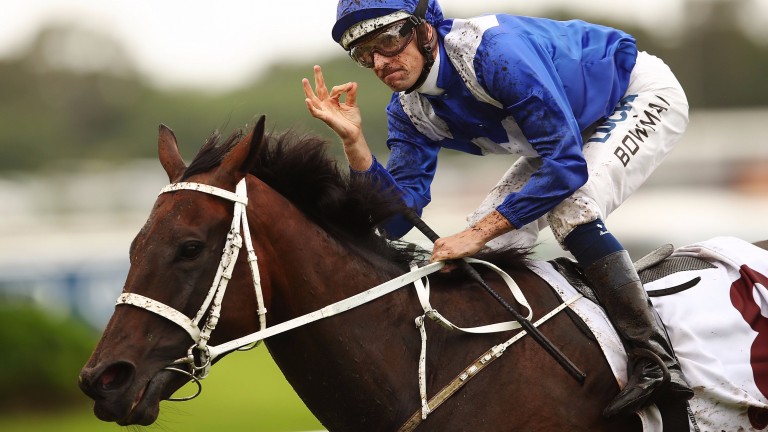 Chris Waller confirmed on Tuesday what he had hinted at 24 hours earlier, namely that Winx will miss her intended comeback run in the Apollo Stakes on February 17.

The three-time Cox Plate winner will instead get her season under way at Randwick on March 3 after connections decided her preparation was far enough advanced to wait for regular jockey Hugh Bowman to complete a suspension.

Waller said: "Hugh Bowman is a very important part of Winx and we feel that we can go straight into the Chipping Norton first up without the need to resume in the Apollo Stakes as we had orignally planned.

"She races well fresh and we're well ahead of schedule, so I'll simply give her a third trial to ensure her fitness levels are high enough to compete at her best."

Winx has not raced since securing her third Plate at Moonee Valley last October and there has been intense interest around her programme for the Sydney autumn ahead of a potential trip abroad, as she seeks to extend her run of 22 straight successes.

Last month Waller gave the clearest indication yet the six-year-old could head to Europe if results go well at home, suggesting that if she were to win well in both her principal spring targets - the George Ryder Stakes at Rosehill on March 24 and Queen Elizabeth Stakes at Randwick on April 14 - she would be "on the plane" for Royal Ascot.

On Tuesday he was content to stick with immediate plans, highlighting he and the owners had felt able to skip the Apollo only because it came right at the beginning of the campaign for Winx.

Waller said: "Should Hugh have been suspended in the middle or late in the preparation, closer to her significant targets, we'd have opted to use a suitable replacement rider for Winx, however we're in the fortunate position that we can alter her starting point without affecting her main targets."

Bowman has been aboard for 20 of Winx's 22 wins during the streak and the last time she was ridden by anyone else in a race was when James McDonald got her home by a head to land the Group 2 Theo Marks Stakes in September 2015.

Hugh Bowman unavailable for Winx after picking up suspension

FIRST PUBLISHED 8:33AM, FEB 6 2018
Hugh Bowman is a very important part of Winx and we feel that we can go straight into the Chipping Norton first up