Winters vows to appeal after being hit with €6,000 fine for Cork non-trier 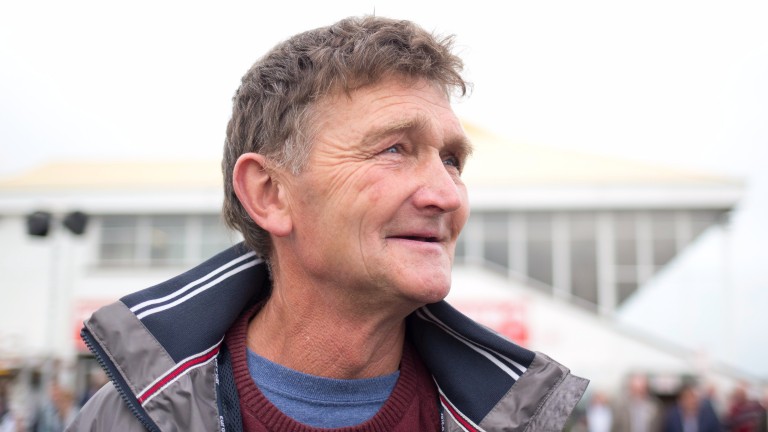 Mick Winters: "There will be no small trainers left in the land with fines like that"
Patrick McCann (racingpost.com/photos)
1 of 1
By Justin O'Hanlon UPDATED 4:36PM, NOV 19 2017

Trainer Mick Winters was fined €6,000, jockey Barry John Foley banned for 21 days and Churchtown Glen suspended for 90 days after stewards at Cork on Sunday judged the horse was not allowed to run on his merits after finishing seventh in the opening 2m maiden hurdle.

Churchtown Glen started at 80-1 and was beaten 23 lengths under 5lb claimer Foley in the 23-runner race.

In their deliberations, stewards used their powers under rule 212 A(i) to come to the unusual and stronger conclusion of a horse not being allowed to run on his merits.

"We felt that a penalty stronger than the norm was appropriate on this occasion," said stewards' secretary Liam Walsh.

Asked if this section of the rule had been used before, Walsh, an experienced stewards' secretary, replied: "I don't know, but it is certainly the first one I have come across."

Asked about the stringency of the penalty, Winters replied: "We will definitely appeal. There will be no small trainers left in the land with fines like that. To pay that sort of fine I would nearly have to have some sort of collection done for me!"

He added: "This is a horse who has had his kinks. He hangs to his left and Barry kept him to the rails to keep him covered up. He made a bad mistake at the second-last and lost his hind legs.

"But he filled himself up after that and really came home well after the last, and I was delighted with the ability he showed and the progress he showed today.

"Maybe Barry could have given him another crack, but he's had a couple of bans because of the whip and all it would have achieved would have made it look good while making the jockey look worse."

The Racing Post's in-running comment for the four-year-old read: 'Raced in mid-division, plenty to do 3 out, kept on well into 7th run-in, never nearer'.

Winters added: "I understand that stewards are perfectly entitled to look into incidents like this, but things have not been straightforward with this horse and I just wish they would take things like that more into account.

"Maybe a case like this might just open up a bit more of a debate on these issues."

FIRST PUBLISHED 4:25PM, NOV 19 2017
We will definitely appeal. There will be no small trainers left in the land with fines like that