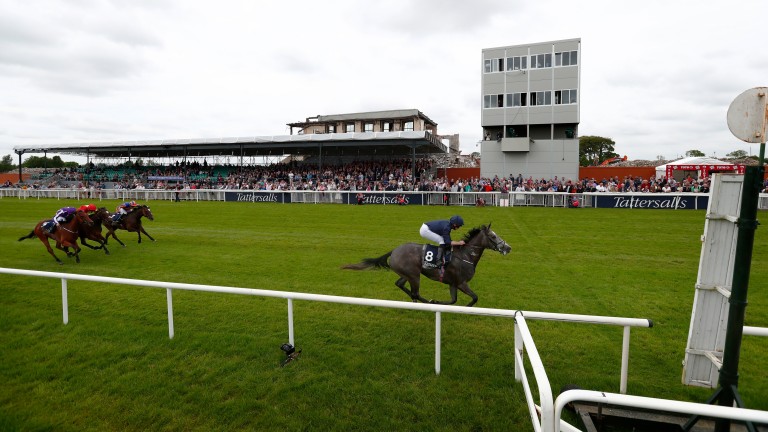 Winter has the better of fellow dual Classic winners Churchill and Brametot in the first edition of the Cartier Horse of the Year standings.

A winner of the 1,000 Guineas at Newmarket over subsequent Oaks runner-up Rhododendron, the Aidan O'Brien-trained Winter followed up with another impressive display in the Irish equivalent at the Curragh and sits atop the standings with 84 points.

Her stablemate Churchill also did the Newmarket-Curragh double and is Winter's closest rival at this stage with 80 points.

In France, Brametot put in a excellent performance to win the Prix du Jockey Club at Chantilly on Sunday, following up his earlier victory in the French 2,000 Guineas. The Jean-Claude Rouget-trained colt sits third in the standings with 72.

At this early stage, the three are a long way clear of their nearest pursuers, with Cloth Of Stars and Decorate Knight both on 56 points.

"Royal Ascot is now on everyone’s horizon and the five-day spectacular often has a significant impact on the Cartier Racing Awards."

In the individual categories, Winter is ahead of Oaks winner Enable in the three-year-old fillies' table, with Enable on 48 points, equal with Rhododendron.

Derby winner Wings Of Eagles has 52 points, leaving him third behind Churchill and Brametot in the three-year-old colt standings, with Thunder Snow and Barney Roy next on 34 and 32.

Al Quoz Sprint winner The Right Man leads the way in the sprint category with 24 points, giving him a narrow advantage over the exciting Harry Angel, who is on 20 points. Priceless and Gordon Lord Byron are among a clutch of horses with 16 points.

Vazirabad, meanwhile, is the leading stayer with 31 points, with Polarisation on 24 and Dartmouth on 16.

Points are earned by horses in Pattern races (30 per cent of the total) and these are combined at the end of season with the opinions of a panel of racing journalists/handicappers (35 per cent) and votes from readers of the Racing Post and Daily Telegraph plus ITV Racing viewers (35 per cent).

The 27th annual Cartier Racing Awards will be presented at the Dorchester Hotel, London, on November 14.

FIRST PUBLISHED 9:19AM, JUN 7 2017
Royal Ascot is now on everyone’s horizon and the five-day spectacular often has a significant impact on the Cartier Racing Awards