After a mixed season, Burrows Saint's win in the Irish Grand National has propelled Rich Ricci and his wife Susannah back into the spotlight as owners. With the Punchestown festival around the corner, here are six horses who could make it an awesome end to the spring for the Riccis at next week's big meeting.

The eight-year-old has arguably been the flagbearer in a quieter than usual season for the Riccis and he could prove his class again in the BoyleSports Champion Chase (5.30 Tuesday), a race in which the equally high-class Douvan could also make his belated return.

Apart from his disappointing defeat in the Queen Mother Champion Chase behind Altior – Min clearly did not give his true running in fifth – he has been faultless this season, winning Grade 1s at Punchestown, Leopardstown and Aintree, where he exacted revenge on Politologue in emphatic fashion. 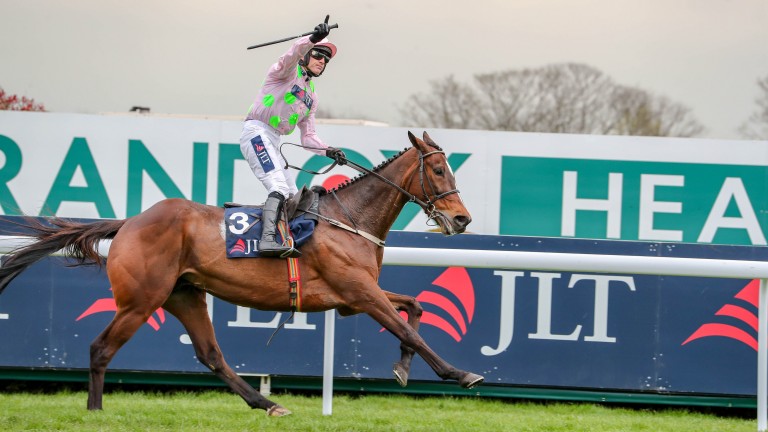 Getabird has fallen under the radar somewhat since he was comfortably beaten as favourite in last season's Supreme Novices' Hurdle, but he remains a horse with massive potential over fences.

He easily won on his chasing debut at Punchestown before going down narrowly to Hardline in a Boxing Day Grade 1 at Limerick, a race he may have won had he jumped the last cleanly.

Going right-handed is important to Getabird and although he failed to fire at last season's Punchestown festival, he could make amends if taking up either of his two Grade 1 entries in the Dooley Insurance Group Champion Novice Chase (6.40 Tuesday) or the Ryanair Novice Chase (6.40 Thursday).

Has he got another big day in him? It will be the question on many people's lips if Faugheen turns up for either of his entries in the Ladbrokes Champion Stayers Hurdle (5.30 Thursday) or the BETDAQ Punchestown Champion Hurdle (5.30 Friday).

An unbeatable champion at his best, the twilight of Faugheen's career has been plagued by inconsistency, with brief glimmers of life in the machine.

Third in the Stayers' Hurdle but pulled up quickly at Aintree, he will have to bounce back in style if he is to have a last hurrah, but this is Willie Mullins at Punchestown; it certainly can't be ruled out. 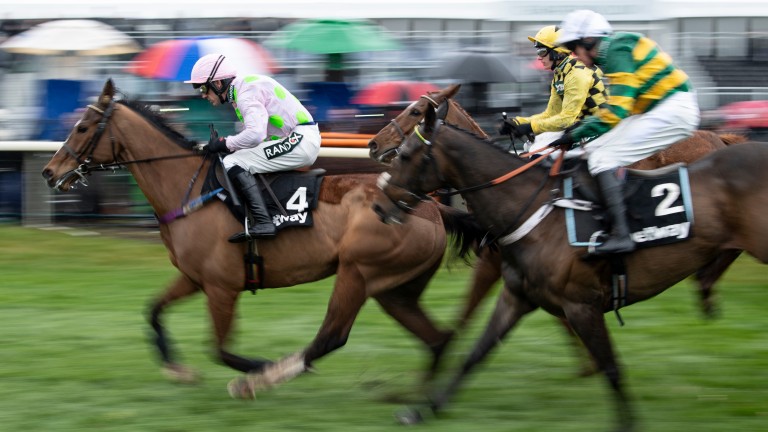 Chacun Pour Soi remains an unknown quantity, as he won as easy as he liked on his first start for Mullins and Ricci at Naas last month.

He showed he had ability in France, but such was the ease of his debut Irish victory, it is impossible to know how good the seven-year-old could really be.

Entered in the two-mile Ryanair Novice Chase (6.40 Thursday) – Getabird and Camelia De Cotte are also entered for the owner-trainer combination – his Grade 1 debut could be a box-office moment.

Winner of two Grade 1s last season, Benie Des Dieux had another at her mercy when falling at the final hurdle in the OLBG Mares' Hurdle, sparking memories of Annie Power's similar late mishap at the Cheltenham Festival four years ago.

This super mare was pulled out of a possible trip to Aintree and thus remains fresher than most at this time of the season, so she could well be capable of fireworks at Punchestown.

It remains unclear when she will run, with entries in the Punchestown Champion Hurdle, the Champion Stayers Hurdle and the Mares Champion Hurdle, but wherever she turns up expect her to be competing in the closing stages. 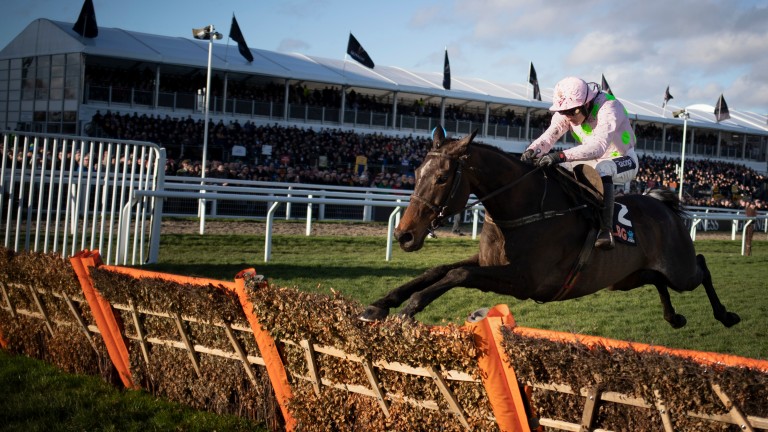 He has been one of the stars of Ricci's season, winning the Galway Hurdle last summer prior to consecutive Grade 1 victories at Punchestown and Leopardstown.

Despite his fantastic form, he was still considered a 20-1 shot for the Champion Hurdle at Cheltenham, although the softer conditions probably inflated his price.

Regardless, we did not get to see how far Sharjah had really come since his hit-and-miss novice campaign, as he was unluckily brought down by the fall of Buveur D'Air. The BETDAQ Punchestown Champion Hurdle (5.30 Friday) could provide some excellent compensation.

FIRST PUBLISHED 10:51AM, APR 23 2019
He has been faultless this season, winning Grade 1s at Punchestown, Leopardstown and Aintree

Red-hot Mike O'Connor proves the master once again for in-form Henry de Bromhead Rachael Blackmore bids for more big-race glory - but this time she's on the Flat Last race off: can Willie Mullins and Ryan Moore strike with fancied Saldier? Willie Mullins names the five horses he plans to take to Royal Ascot next week Chacun Pour Soi crowned best chaser in Britain and Ireland with mark of 176