Winners in waiting: Keith Melrose and Maddy Playle with their weekly eyecatchers 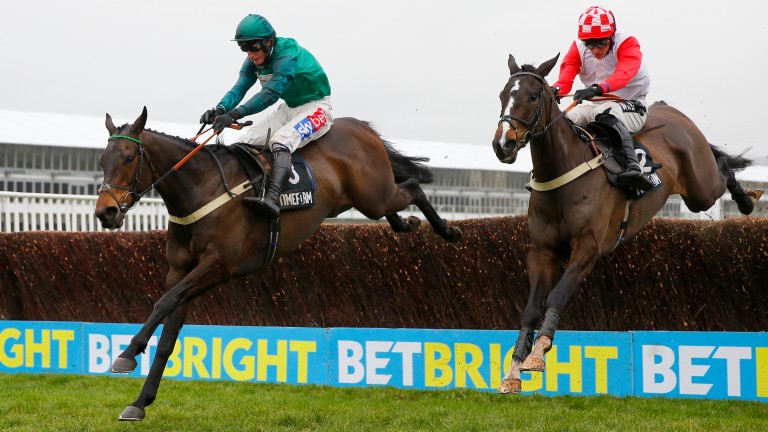 Betting editor Keith Melrose and RPTV presenter Maddy Playle give their insight into the last seven days. Members can view the race replays and add these horses to their Racing Post Tracker. Not a member? Click here to join Members Club Ultimate and get unlimited race replays from Britain and Ireland plus access to our unrivalled Horse Tracker.

This was an improved effort from Ulverston, a scopey five-year-old who showed inexperience in three starts beforehand.

He caught the eye travelling strongly in the home straight but two mistakes didn't help his cause as the more straightforward and highly rated Craigneiche stayed on past him in the closing stages.

He is by Yeats, whose progeny are often slow to mature, and he should be good enough to pick up a handicap hurdle before embarking on a chasing career.
Maddy Playle

From the family of Down In Neworleans and Chomba Womba, Ask Henry was with Margaret Mullins before moving to Graeme McPherson's yard in November.

His latest run was by far his best since the switch as he made rapid progress from the rear to finish seven and a quarter lengths behind the winner.

Handicaps will be his bag now and if his stable's form begins to improve he will very much be one to fear.
Maddy Playle

Alan King recognises better than most that, if you have a novice chaser who is not quite top-class, your best chance of a big pot comes in the spring. He has guided Godsmejudge and Talkischeap to big-handicap success in the dying weeks of their respective novice seasons and Notachance could be next.

While he was comfortably held by Django Django at Newbury last week, he again shaped like a real stayer.

A mark in the low 130s could still underestimate Notachance, who needs a test but not necessarily on heavy ground. At six he is too young to be entered in the Grand National, but expect him to hold options in other major spring marathons.
Keith Melrose

On his last two runs, both at Ascot, Kildisart has run excusably. He went up the unfavoured inside around Christmas and then on Saturday, over 2m5f in a race where they upped the pace a long way out, he raced wide and was outpaced, with Daryl Jacob quick to accept the situation.

Trainer Ben Pauling subsequently blamed the ground, which rings true as Kildisart improved away from the mud in early 2019.

Pauling also indicated that Cheltenham is on the agenda and, by then, Kildisart will be back to the sort of mark from which he won a 3m1f Grade 3 at Aintree in April. He goes on the long list for the Ultima.
Keith Melrose

FIRST PUBLISHED 9:30AM, JAN 21 2020
At six he is too young to be entered in the Grand National, but expect him to hold options in other major spring marathons