Where is it best to be drawn in the Chester Cup? 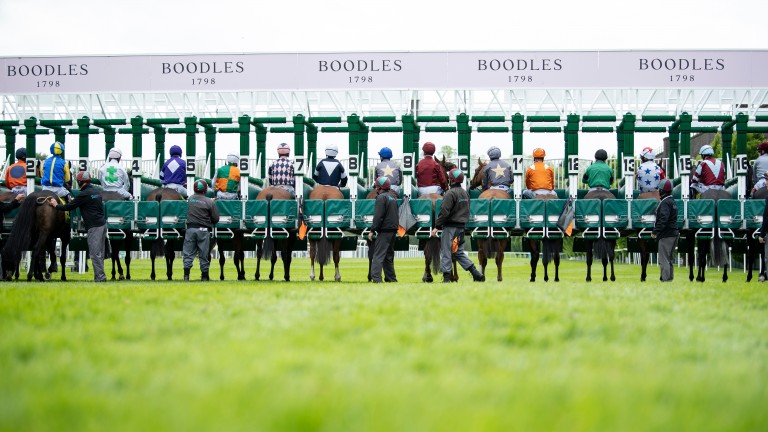 Chester stalls: a low number has been the key to Cup success
Edward Whitaker
1 of 1
By Bruce Jackson UPDATED 6:22PM, MAY 9 2019

It took no less than the subsequent Gold Cup hero Trip To Paris to break the winning stranglehold of low-drawn horses in the Chester Cup four years ago.

Although Ile De Re, three years earlier, was officially drawn 13 the race was started by flag and the 16 runners did not exactly line up across the track in draw order.

Stall two and four have accounted for five of the ten winners and nine of the ten have been drawn six or under. 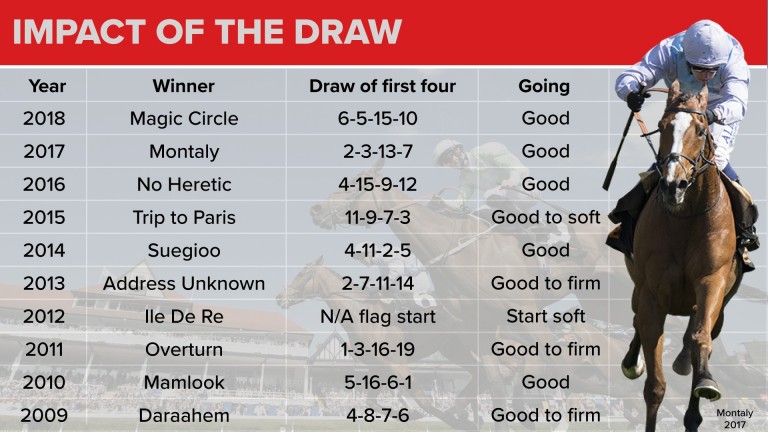 As important as a single-figure draw is tactical speed to sit handy, although only Overturn in 2011 managed to make all and was drawn nearest to the rail.

Five of the ten winners tracked the leaders and another four sat midfield with those settled at the back rarely featuring in the finish, staying on too late around the tight turns.

FIRST PUBLISHED 6:00PM, MAY 9 2019
Stall two and four have accounted for five of the ten winners and nine of the ten have been drawn six or under