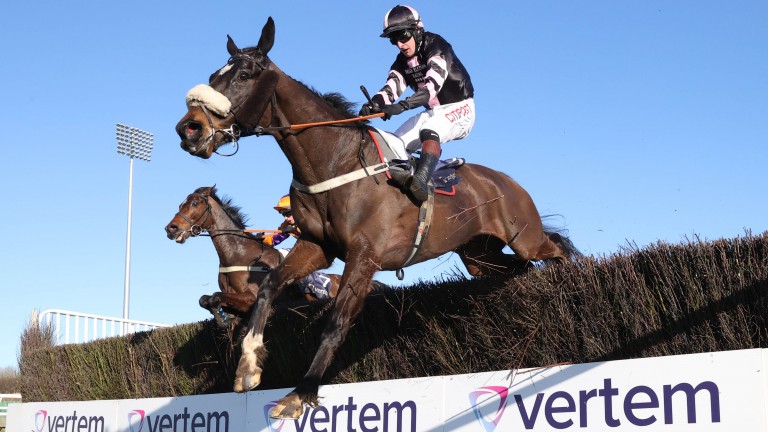 Sam's Adventure and Henry Brooke put points on the board for 96 Tote Ten To Follow stables as they make their way to victory in the Eider Chase at Newcastle
GROSSICK RACING (racingpost.com/photos)
1 of 1
UPDATED 6:40PM, MAR 2 2021

In the calm before the storm of the Cheltenham Festival it was Brewin’upastorm who stirred the emotions for 113 Tote Ten To Follow stables as the Olly Murphy-trained eight-year-old found his old spark to bag the Grade 2 National Spirit Hurdle on Sunday for 25.3 points.

He was just one of eight winners to earn points for Ten To Follow stables in the past week and one of three on Sunday, with the Nicky Henderson-trained Bothwell Bridge scoring in a novice hurdle at Hereford, earning 12.4 points for nine stables, while Cilaos Emery landed a Grade 3 at Naas and 16.3 points.

Eider Chase winner Sam’s Adventure was a popular winner, representing 96 stables as he toughed it out at Newcastle to secure 20.2 points. A crack at the Midlands Grand National could be on the cards.

Clondaw Castle, relishing the step up in trip, took the Grade 3 Close Brothers Handicap Chase at Kempton. Tom George’s charge was picked by 18 stables as he scored 27.1 points. 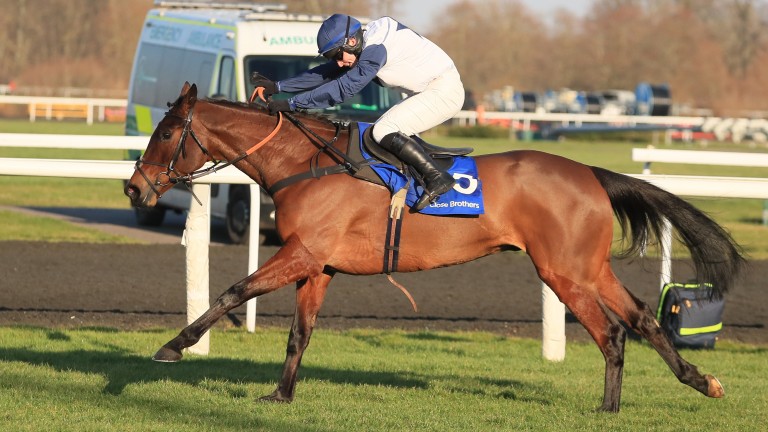 In Ireland it was business as usual for Willie Mullins as Acapella Bourgeois landed an 11th Bobbyjo Chase for his trainer and 18.4 points for 13 stables.

However, the biggest scorer of the week was the least-picked horse in action. Representing just nine stables, Espoir De Teillee returned a Tote win dividend of £27.70 when scoring at Warwick for an impressive haul of 43.5 points.

February proved profitable for Robert Lynch who sent out four of the five top-scoring stables on the way to the £10,000 monthly prize. Bonus race victories for Honeysuckle and Kemboy formed the backbone of a squad that had four other graded winners in four weeks.

His battalions look in good shape heading into the Cheltenham Festival but for those who want to make up to two changes the transfer window will be open from 7am on March 10 until 10pm on March 15.

There is another opportunity to win cash and prizes including annual membership to Cheltenham in the Cheltenham Mini Game. There is a 0% take-out by the Tote for this game and prizes extend to 500th place. Private leagues can be created to play against friends and family and entries can be made here from Wednesday, March 3.

Abacadabras followers off to a flying start in pursuit of £190,000 Tote pot

FIRST PUBLISHED 3:36PM, MAR 1 2021
February proved profitable for Robert Lynch who sent out four of the five top-scoring stables on the way to the £10,000 monthly prize