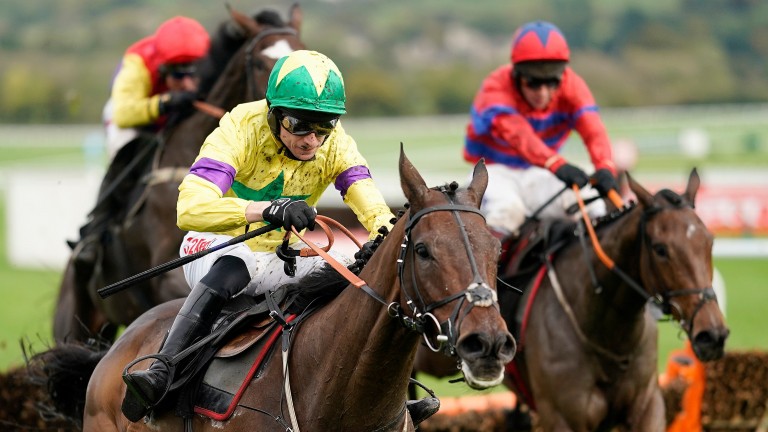 Fergal O'Brien won this novice hurdle last year with Champagne Well - can he do it again with Global Fame?
Alan Crowhurst
1 of 1
By Graeme Rodway & Lewis Porteous UPDATED 11:29AM, OCT 23 2020

Wind ops is the theme of the race because Paul Nicholls' representative, Ask For Glory, has his first run following the procedure. The stable is a much healthier 24 per cent with runners having their first outing since the op and Ask For Glory sets the standard.

Nicholls has won this race three times in the last seven seasons and Ask For Glory looked a smart performer in the making when bolting up by 23 lengths at Wincanton in February.

The New One landed this race in 2012 before going on to victory at the festival later in the season, and his trainer Nigel Twiston-Davies saddles Topofthecotswolds.

He is back hurdling this term having done most of his racing in recent seasons over fences, and made a successful return to this discipline when landing a novice contest at Uttoxeter last month.

However, he comes into the race with a completely different profile to The New One and Twiston-Davies's other six runners this century were all unplaced. It is unlikely that we are going to see another festival winner from the Naunton yard in the line-up this year.
Analysis by Graeme Rodway

It would come as a bit of a surprise should Domaine De L'Isle score on his seasonal debut in the Ballymore Novices' Hurdle, but it should come as no shock to anyone if he makes his mark at Cheltenham before the season ends.

Domaine De L'Isle was a breath of fresh air over fences last season, putting the name of his former jump jockey turned trainer Sean Curran in lights, winning three on the bounce over fences including a big Saturday handicap at Ascot in January.

In his second stint training, Curran may have a modest-sized string, but that has not stopped him making big plans for the 146-rated chaser, who may not have reached his full potential yet. 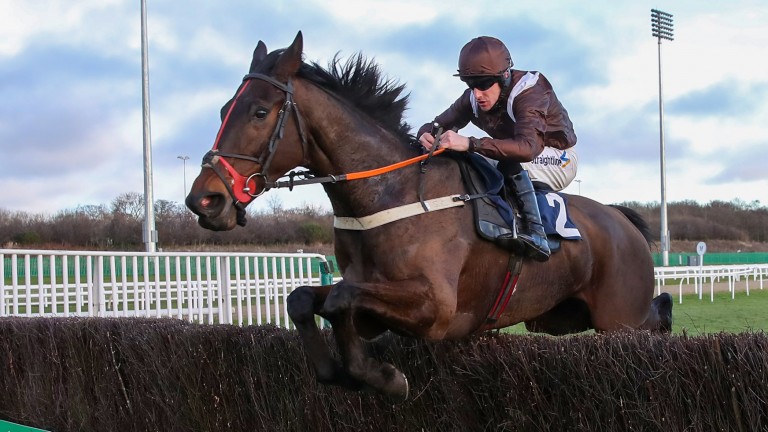 "For a small yard it's good to have one like him," said Swindon-based Curran. "We've got 14 stables and 14 horses so I should say I'm full. For me and the lads here, it's nice to have a Saturday horse."

It will be just a second start over hurdles in Britain for Domaine De L'Isle on Friday with the big targets to follow over fences.

"He's a novice over hurdles and his races over fences don't start until next month so we're starting him off here," said the trainer.

"He'll have an entry for the Paddy Power Gold Cup at Cheltenham next month and we'll see how he gets on. The following month there's the December Gold Cup back at Cheltenham and something like that might suit.

"On decent ground he can go three miles but as it gets softer, we'll come back to two and a half. I'm hoping he's a little bit stronger this season."

Donald McCain, trainer of Finisk River
He'd have probably won last time if it had not been for the mistake at the last. It's a step up again, but the ground will be fine and there are not many other places to go. The owner wants to go and give it a try and I don't have a problem with that.

Paul Nicholls, trainer of Ask For Glory
He only had two runs over hurdles last season so he's inexperienced and he's still a novice until December 1, so the idea is a couple more runs before he goes chasing. Two miles five and the ground should suit him.

Kim Bailey, trainer of Does He Know
He's stepping up in class and I think it's a decent little contest. He's quite inexperienced and it will be interesting to see how he copes. I'm happy with the way he is and he deserves to go there.

Dan Skelton, trainer of Midnight River
He's come out of the race at Uttoxeter well. This is a massive step up against a lot of decent horses, but he's got to go and get some experience and is a very nice horse for the future.

Nigel Twiston-Davies, trainer of Topofthecotswolds
He won nicely at Uttoxeter last time and this is a step up, but he's rated 132 which puts him in with a chance of a follow-up.
Reporting by Lewis Porteous

FIRST PUBLISHED 6:00PM, OCT 22 2020
He'll have an entry for the BetVictor Gold Cup at Cheltenham next month and we'll see how he gets on