Wind and ground could provide conditions for record-breaking effort

Newmarket clerk of the course Michael Prosser said on Thursday the conditions could be in place for a record to fall in the Qipco 2,000 Guineas as he held off a decision on watering the track until Friday.

The going is good to firm on the Rowley Mile ahead of the two-day festival when it is a set to be warm and dry and expected to be breezy, a key factor in producing fast times.

Prosser said: "If you look at the Rowley Mile track records they are largely autumnal. There is only one that isn't and that's the five furlong track record set by Lochsong in the Palace House Stakes, which has stood since 1994. 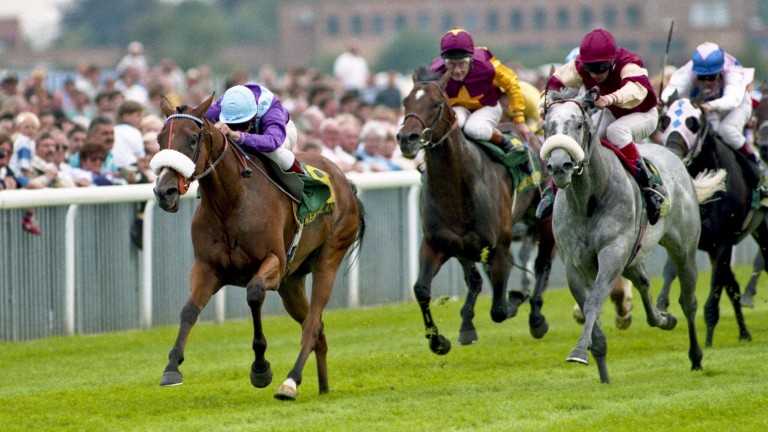 "In reality when you have a straight course, track records are largely wind assisted. So it depends what the weather does. Interestingly it is going to be breezy on Saturday but it depends where the direction is, if it's entirely behind or not. That will be a key factor."

Prosser said breaking records in the spring was harder because after winter the water table was higher and there was more moisture in the ground than there can be later in the year after a dry summer.

"It will take a phenomenal performance and the race would have to be run at optimum pace levels to deliver a track record, but it's not inconceivable given the quality of the field."

Prosser said the going was "probably on the better side of good to firm" but had not dried much over the previous 24 hours.

"This section of the course hasn't been raced on since last October," he said. "The sward is forward for the time of the year. We expect it to be dry for the next four days with temperature of 15°C on Saturday.

"I will see how the course walks first thing tomorrow morning. Given it hasn't dried significantly in 24 hours I would like to see how much it improves overnight and make a decision on watering."

FIRST PUBLISHED 6:28PM, MAY 4 2017
It will take a phenomenal performance and the race would have to be run at optimum pace levels to deliver a track record, but it's not inconceivable