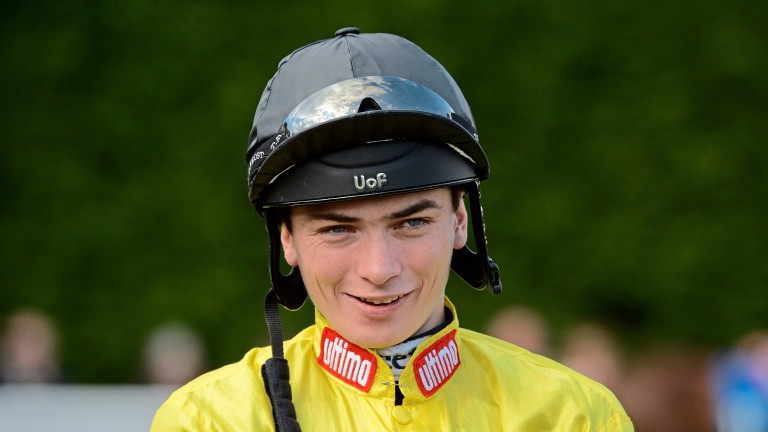 Jockey Willy Twiston-Davies is in hospital awaiting scans after fracturing two vertebrae in a fall on the opening day of the Cheltenham Festival.

Twiston-Davies was riding favourite Foxtail Hill for father Nigel in the Close Brothers Novices' Handicap Chase when falling at the eighth fence.

Although he was able to walk away from the incident, the jockey, who also cracked two ribs, was taken to Gloucester Royal Hospital where he was kept in overnight.

Speaking on Wednesday morning, Nigel Twiston-Davies said: "He's broken his T8 and T9 and has got to have an MRI scan this morning and they will know more after that.

"He has also cracked two ribs and he's not very happy but I spoke to him this morning and he's a lot more comfortable now and not in as much pain."

The trainer reported Foxtail Hill to be "a bit bruised but sound".

Twiston-Davies had been down to ride Robinshill in Wednesday's Coral Cup and is booked for other Cheltenham rides on Thursday and Friday.

Edwulf, who dramatically collapsed on the run-in of the National Hunt Chase, is recovering at the Three Counties Equine Hoapital in Cheltenham this morning.

The JP McManus chaser had stuttered into the last when chasing winner Tiger Roll.

His trainer Joseph O'Brien said on Wednesday morning: "He ate up last night and it is very positive this morning - very good news.

"He is in the Three Counties Equine Hospital and everyone there has done a great job with him overnight and on the track.

"Maybe it was something to do with his heart but his heart was back to normal quite quickly."

FIRST PUBLISHED 9:45AM, MAR 15 2017
He's broken his T8 and T9 and has got to have an MRI scan this morning and they will know more after that