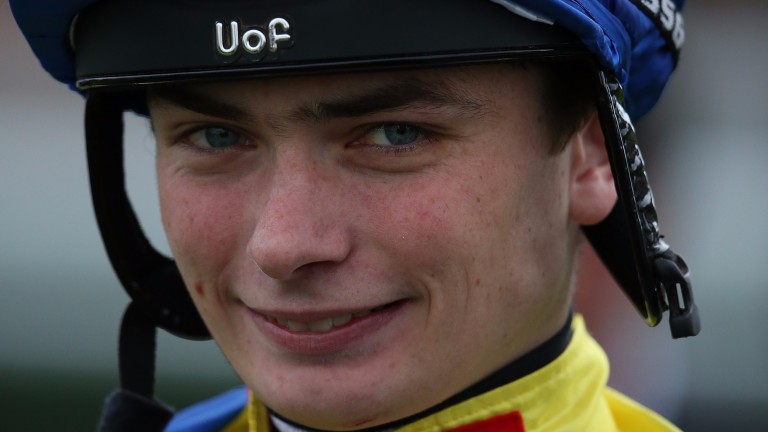 Willy Twiston-Davies, who rode his first Royal Ascot winner this year, is shunning the all-weather circuit to give himself the winter off.

The Flat rider, brother of jump jockey Sam, has ridden 33 winners this year, including a King George V Stakes victory on Primitivo in June, but has not been in action since October.

"I will start riding again in the middle of February," he revealed on Sunday. "I've just been at home helping Dad [trainer Nigel Twiston-Davies] a bit.

"I didn't want to ride on the all-weather this winter. I didn't get very many rides on it last year and it consumes a lot of time so I thought after a good season on the turf, I would take the winter off.

"I have been riding out at home, helping Dad with the training side and learning as much as I can."

He added: "I have been riding since I was 16 and wanted to give myself a few months off to come back fresh for the new season and give it a really good go."

Sam Twiston-Davies paid a second visit on Saturday night to Southmead Hospital in Bristol, where jump jockey Ryan Hatch was admitted on Friday with fractures to his sternum and back after a fall at Cheltenham.

"He is still in good spirits," he said. "We watched a bit of X Factor and watched Cogry [the horse on which Hatch was injured] back. Hopefully he will have more news tomorrow when the specialists come in."

FIRST PUBLISHED 4:28PM, DEC 11 2016
I have been riding since I was 16 and wanted to give myself a few months off to come back fresh for the new season and give it a really good go