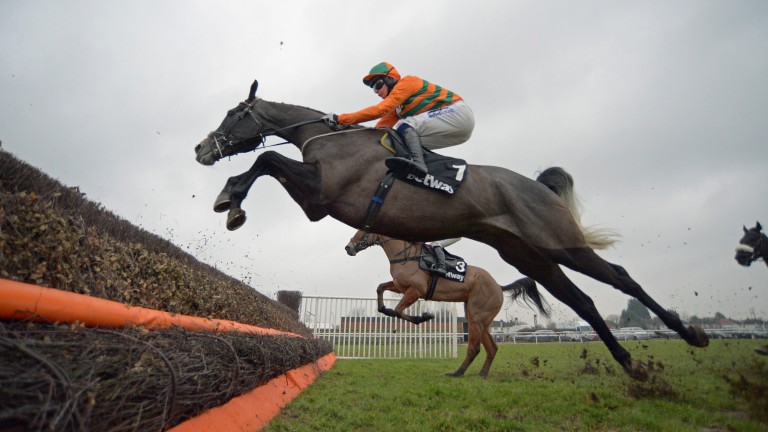 Willy Twiston-Davies has paid tribute to his father Nigel's training performance after Flying Angel advertised his Cheltenham Festival claims with victory in the Grade 2 Kingmaker Novices' Chase at Warwick on Saturday.

Second in the Martin Pipe Conditional Jockeys' Handicap Hurdle at the festival last year, Flying Angel made a perfect start to his chasing career with victory at Perth in September.

Things went wrong for the six-year-old following that, however, when he fell at Chepstow in October and was pulled up at Cheltenham in November.

Absent since, Flying Angel returned to form at Warwick and Twiston-Davies said: "I thought it was a really good performance and my dad performed a miracle to get the horse back. He won well at Perth first time, then had two non-events at Chepstow and Cheltenham.

"He just seemed to lose his way but he's finished third in a Betfair Hurdle, second at the festival and won an Imperial Cup - for a six-year-old he's achieved a lot."

On his festival target, the jockey added: "I think he's a lot better than people give him credit for. He travelled and jumped well this weekend and given he finished second in a Martin Pipe over two and a half miles, the JLT may be the way to go. Better ground should be to his liking too."

The win was the latest in a string of televised big-race successes for Twiston-Davies, who is enjoying life having returned to riding over jumps last year.

"I'm just jammy – I've had four winners since I've been back jumping and three of them have been on ITV," he said. "I'm very lucky and in a very privileged position where I'm able to ride for some very good trainers.

"I didn't go back jumping to make a living, I did it because I love it and I really enjoyed Saturday."