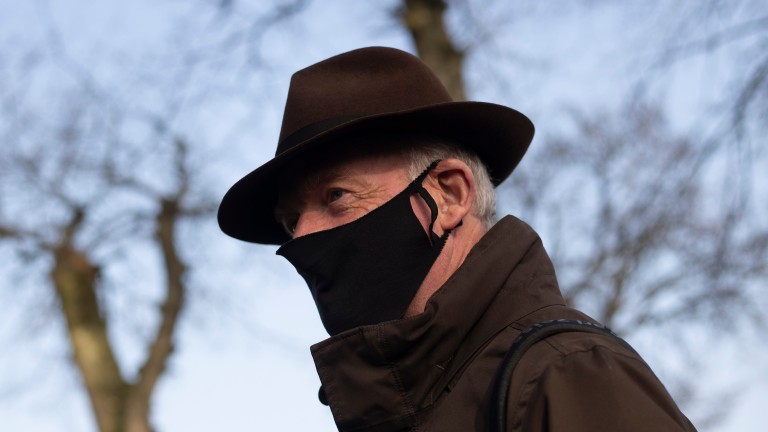 Willie Mullins: in a strong position to land a fourth Leinster National since 2009
Patrick McCann
1 of 1
By Brian Sheerin UPDATED 8:01PM, MAR 13 2021

The stats don’t lie and, as with most valuable races run in Ireland, they speak in favour of Willie Mullins.

Ireland’s champion trainer has won three Leinster Nationals since 2009, the most recent of which was recorded two seasons back when Pairofbrowneyes provided the team with a perfect springboard to the 2019 Cheltenham Festival.

Mullins will be hoping for something similar this year, and in Class Conti and Saturnas he is likely to have two horses at the head of the betting for this €80,000 (£68,742) contest.

Class Conti and Saturnas bring Thyestes Chase form to the table having finished third and fourth respectively while Mullins’ other runner, Blazer, would not be without each-way claims despite the fact he hasn’t won since 2017.

Denise ‘Sneezy’ Foster will not be at Cheltenham next week to oversee the strong squad she has inherited from Gordon Elliott but there could be headlines made here for all the right reasons if Dounikos was to come back to form. 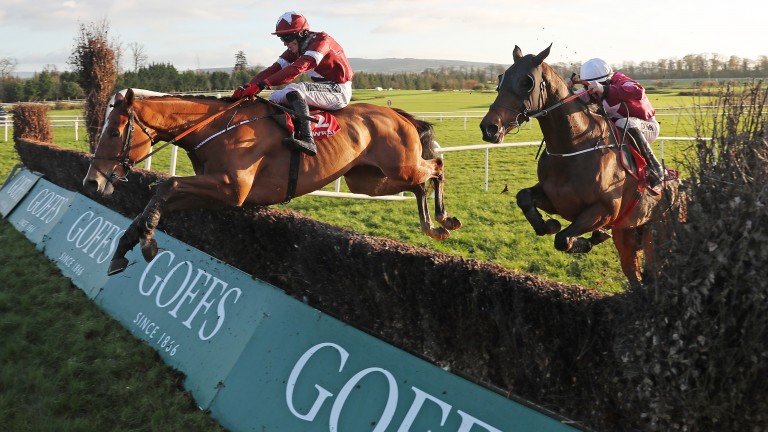 He showed something of his old spark when fifth in the Irish Grand National Trial at Punchestown and will have no qualms about the ground.

Of the remainder, the James Dullea-trained Rocky’s Silver has solid each-way claims while Joseph O’Brien’s pair Speak Easy and Smoking Gun are not out of it.

Willie Mullins, trainer of Class Conti, Saturnas and Blazer
Class Conti has a lot of weight but will like the ground. He ran a great race for Mikey Fogarty in the Thyestes last month and that form gives him a good chance here. Saturnas was fourth in the Thyestes but might prefer better ground to be seen at his best. Blazer has the ability to win a race like this when he decides to put it all together. He will handle the ground and the trip.

Paul Nolan, trainer of Fitzhenry
He was consistent last year but hasn’t shown us the same spark this year. He needs to come back to his best to be involved and hopefully that will happen. Overall, he hasn’t been going to the line in the same style this year and he seems to have lost his way a bit. 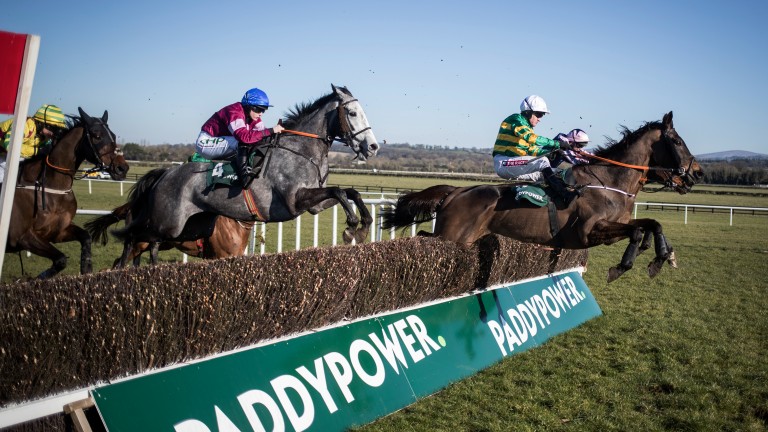 Fitzhenry (green and gold silks): has "lost his way a bit" this season according to trainer Paul Nolan
Patrick McCann (racingpost.com/photos)

Eddie O’Leary, racing manager for Gigginstown House Stud, owners of Dounikos, Smoking Gun and Dream Conti
Dounikos ran a good race the last day and we were very happy with him so hopefully he’s starting to come back to himself. Jordan Gainford is a very good rider and takes a valuable 7lb off. Dream Conti wants extreme trips and hopefully we will see an improved performance. The same applies to Smoking Gun. He has been ordinary this season but hopefully the blinkers help sharpen him up. We fancied him to run very well in the Thyestes but he didn’t. With the blinkers on, hopefully he can show his best.

Joseph O’Brien, trainer of Smoking Gun and Speak Easy
Smoking Gun has been a bit disappointing this season but hopefully he can show improvement in the first-time headgear. Speak Easy has run a few good races over fences but maybe you could put him in a similar bracket to Smoking insofar that he has been a little bit disappointing. Hopefully he runs well. We are trying him in cheekpieces and are pleased with his work at home.

James Dullea, trainer of Rocky’s Silver
He is in great form and had a nice run the last day over two miles. The conditions and the trip should suit so we’re hoping for the best.

FIRST PUBLISHED 6:00PM, MAR 13 2021
He ran a great race in the Thyestes last month and that form gives him a good chance here

Darasso shows his class as Samcro flops in Listowel feature Willie Mullins names the five horses he plans to take to Royal Ascot next week Samcro still has the Galway Plate lined up - and could wear headgear My Sister Sarah and Metaphorical contribute to Wayne Lordan's treble This is all about Samcro - but will the one-time future megastar battle again? McMahon shows it's not a long way from Clare to here with determined success