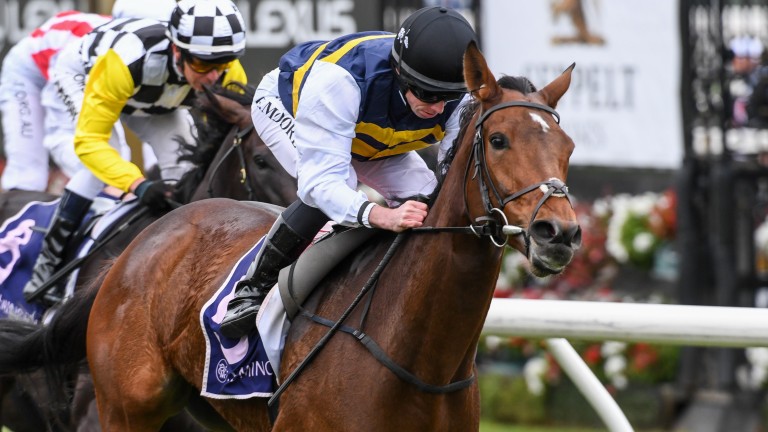 For the second year in succession Irish mare True Self made amends for missing out on a place in the Melbourne Cup by winning the Group 3 Queen Elizabeth Stakes at Flemington.

Trained by Willie Mullins and sporting the colours of OTI Racing, the eight-year-old mare won by a length under Hugh Bowman, beating Joseph O'Brien's fellow Irish raider Pondus, days after O'Brien won his second Melbourne Cup with Twilight Payment. Chapada was the same margin away in third.

The winner found herself momentarily short of room 300 metres out but Bowman said he was always confident of getting out.

"There was a narrow run in front of me and when I committed to go for it, the horse on the outside just rolled in on me slightly," he said. 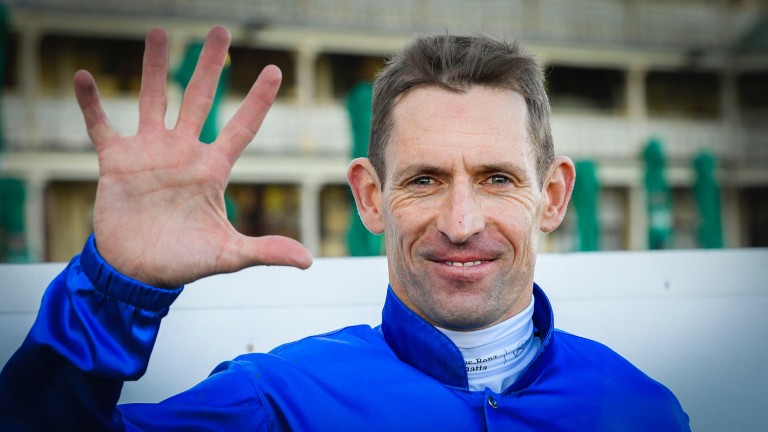 Hugh Bowman: "once she got clear running she was dominant"
ANZ

"There wasn't much room but I had plenty of energy left and I was able to balance her up and get through. She sprinted pretty quickly. Once she got clear running she was dominant."

Victory was the second leg of a double for OTI Racing after they landed the first race with Barade.

Reflecting on True Self missing out on a run in the Melbourne Cup for the second year in succession, OTI manager Terry Henderson said: "Last year we were disappointed, but we were more disappointed this year as there was a scratching on the morning of the race."

FIRST PUBLISHED 5:00PM, NOV 7 2020
There wasn't much room but I had plenty of energy left and I was able to balance her up and get through

'This is a dream' - Zurekin a gallant third for the Leech team in Prix la Barka David O'Meara bemoans prize-money as filly with 'huge future' is sold to Ireland 'I wish the Cox Plate was in two weeks' - Zaaki stars for rookie Brit trainer Improving Real Appeal makes the step up in class to land Ballycorus Fury, lawsuits but 'no flailing away': how US no-whip racing has been received Harrington set to enjoy good times with Alpha Centauri's sister