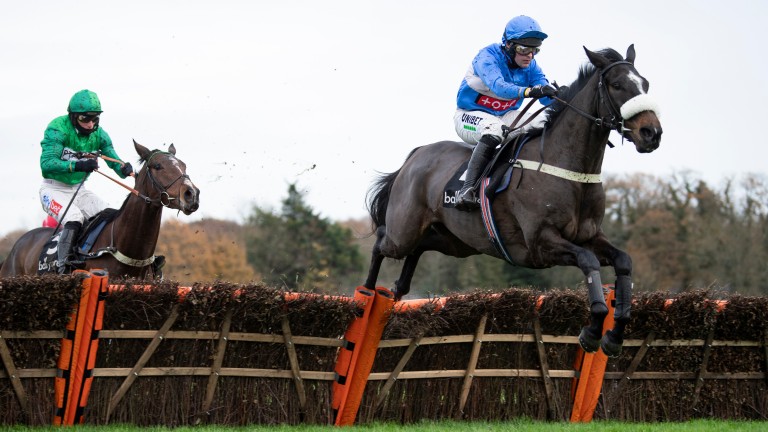 Evan Williams is a man without a plan, at least as far as impressive Winter Novices' Hurdle winner Star Gate is concerned.

In romping to an eight-and-a-half-length success in the Grade 2, he fired bookmakers into action and his price now ranges from 16-1 to 20-1 for the Ballymore Novices' Hurdle at Cheltenham in March. But punters are advised to proceed with caution.

However, Williams, who enjoyed a wonderful 20 minutes as his Bold Plan downed The Big Breakaway at Exeter shortly before Star Gate's success, revealed the four-year-old was more big baby than crack novice and therefore will be minded this season.

"He's a lovely horse but he's one for the future so we wouldn't have any great plans with him," said Williams. "We'll just take small steps and look after him. I know people like to get excited up after a performance like that, but he's only a four-year-old and we're not the sort of camp that likes to get revved up – we'll just keep things quiet as he's still green enough.

He added: "It's not about this season with him, we can all see what he is but it'd be wrong of me to get aggressive with this horse in any way shape or form."

There were 1,275 members of the general public let into Sandown for the first time since March, meaning they were present as 18-year-old amateur jockey Albi Tufnell registered his first winner under rules.

Tufnell, who is on a gap year and applying to universities to study Spanish and Arabic, partnered the ever-willing Call Me Vic to a thrilling success. His able partner, just five years his junior, travelled sweetly through the contest and was delivered to challenge at the last. 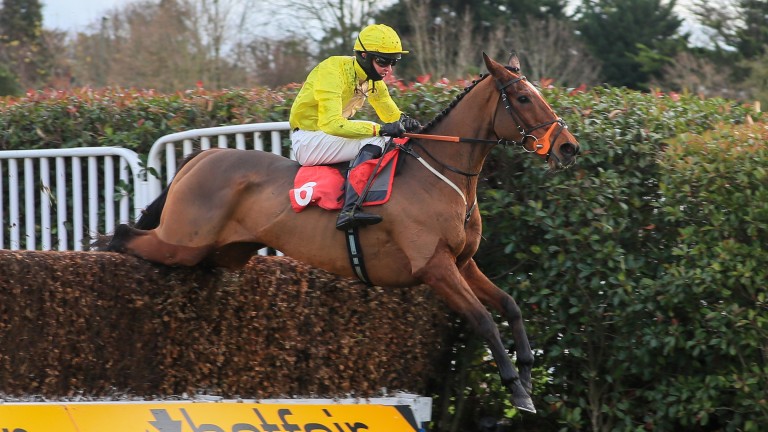 A distant relation of Meriel Tufnell, the first female jockey in the UK to win a race under Jockey Club rules, Albi knows he has "quite the legacy to live up to", but said: "It's almost unreal. I had a little peek to my right after the last and was hoping my lad's head was in front, but when I crossed the line I realised we were the only ones there, it was amazing."

The pair of teenagers, one owned and the other bred by Jane Tufnell, pulled six lengths clear on the famous climb to the line and a delighted Albi said: "He's some horse, he goes hunting, you could do anything on him and I love him."

Brothers Jamie and Joshua Moore faced off at Sandown and were almost impossible to separate.

The judge was required after their epic duel up the hill and eventually Jamie was pronounced the winner in the battle of the Moores as his Darebin got the better of Early Du Lemo – both trained by father Gary – in a photo-finish to the 1m7½f handicap chase.

"He loves it here," said Jamie Moore. "Dad's had that race in mind for a long time. His owners love him going to Sandown, he's run there 14 times and that was his fourth win. I was pleased Josh's horse ran well, but it's a shame he's missed a winning opportunity."

He added: "He's beaten me before so I won't rub his nose in it, we're both there to do our job for our owners."

It had been 46 days and 48 runners since Warren Greatrex's last winner, but stable jockey Gavin Sheehan made all the difference as he lifted Portrush Ted to victory in the Pertemps qualifier.

The pair looked beat the whole way up the home straight as the Paul Nicholls-trained Storm Arising seemingly travelled stronger under Harry Cobden, and when Portrush Ted made a mess of the last it looked all over. However, Sheehan guided his mount around their rival, switched his whip and Portrush Ted powered up the hill to win by half a length.