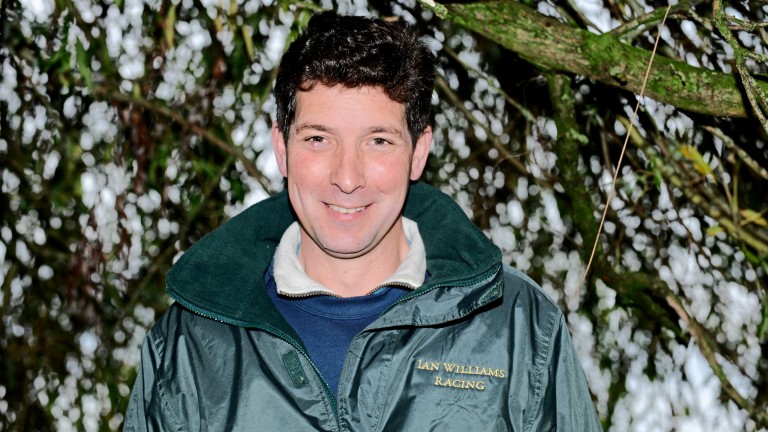 Ian Williams says he never dreamed he would one day train 1,000 winners but now has his sights set on more big-race success after reaching the milestone.

The trainer, who has had a winner at every racecourse in England, Scotland and Wales, reached the landmark, comprising 991 British winners and nine overseas, when Appy Days landed the opening contest at Lingfield on Tuesday.

It capped an excellent 2016 for Williams, who not only sent out Sir Maximilian to win at Meydan and Shady McCoy at Glorious Goodwood but achieved a lifelong goal as Ballyalton handed him a first Cheltenham Festival winner.

"It was thrilling and it's a great landmark achievement for all the team," said Williams, who started training in 1997. "We've averaged around 50 winners a year, which is not too bad.

"You never have any ambition of training 1,000 winners, it was just simply to survive until the next week when I started. It's not far off the same now!

"Ballyalton was great, winning at the festival, and we had Sir Maximilian win at Meydan as well as a winner at Glorious Goodwood again, so it's been a good year."

Williams still has his eyes on more success and not only in the UK, and while the lure of the Cheltenham Festival is perhaps the strongest, the trainer would also relish another shot at the Melbourne Cup, having saddled Munsef to finish 12th in the famous race in 2009.

"You never lose an appetite for winning championship races at Cheltenham and the Melbourne Cup is a real challenge now too," he said. "We've been fortunate enough to go there before with Munsef and run well but that would be a great race to go back and win."

FIRST PUBLISHED 3:23PM, NOV 30 2016
You never have any ambition of training 1,000 winners, it was just simply to survive until the next week when I started