Williams out to Realize further reward in feature 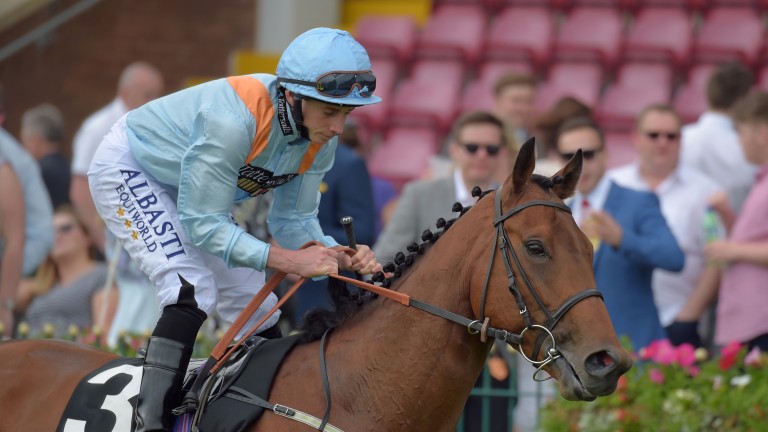 Realize returns to the Essex track for the first time since finishing runner-up to smart filly Cold As Ice in this £45,000 feature a year ago.

The six-year-old went on to land two victories at Lingfield before finishing fifth in the sprint championships contest on Good Friday but proved less potent on turf last summer.

Stuart Williams' hope takes on nine rivals, including the Marco Botti-trained pair Dhahmaan and Fanciful Angel, the latter using this as a warm-up for next month's Dubai Carnival where Newmarket-trained rival Dragon Mall is also bound.

Dragon Mall is joint-highest rated in the race on 105 together with Group 2 winner Donjuan Triumphant, who is a rare runner at the track for Riachrd Fahey.

Owned by Middleham Park Racing, Donjuan Triumphant was runner-up to Signs Of Blessing in the Group 1 Prix Maurice de Gheest on turf at Deauville in the summer and most recently came third in a 7f conditions race at Lingfield last month.

Stall ten would not be the best draw from the 7f chute, which may count against Fanciful Angel.

Martyn Meade, trainer of C Note
He's our last runner of the year and we're hoping to go out with a bang as he goes there in blinding form. Although it's his first time on the all-weather, he has plenty of experience of the Al Bahathri Polytrack at home and we also expect him to handle going around a bend for the first time.

Marco Botti, trainer of Dhahmaan and Fanciful Angel
Dhahmaan has had a tough season but has been running well without winning and he goes there fresh after a break. Fanciful Angel is due to go out to Dubai, where he won last year, at the beginning of January and we're using this as a prep for that. He's had a break and we expect him to run a nice race.

Richard Fahey, trainer of Donjuan Triumphant
We're happy with him and its a nice prize to go for, but he needs to bounce back from a couple of disappointing runs on the all-weather of late.

David Simcock, trainer of Dragon Mall
He heads to Dubai in the new year. He hasn't been in training that long after a break and, although it hasn't been a rush, he goes there as ready as I can get him. This race fitted in well in regard to going to Dubai, which is his priority. The seven furlongs might be a tad short of his best but we know he likes the surface as he won nicely there last year.

Stuart Williams, trainer of Realize
He ran a good race when second in it a year ago and is obviously better on the all-weather than he is on turf. He goes there in good form and hopefully should run another nice race.

Dean Ivory, trainer of Golden Amber
She holds the track record over six furlongs, but this is over seven. She goes there in good form and hopefully she can be in the mix but it's a competitive race.

FIRST PUBLISHED 6:00PM, DEC 21 2016
He's our last runner of the year and we are hoping to go out with a bang as he goes there in blinding form