Williams out to make a big noise with Hush 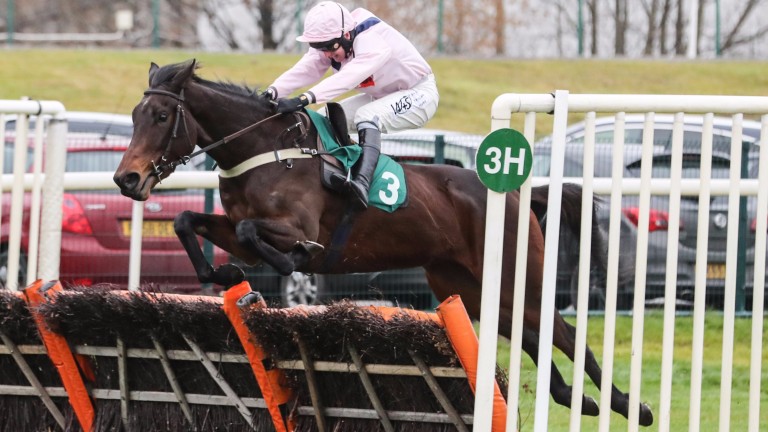 Evan Williams targets the race in which he made an early career breakthrough with a filly, in Evening Hush, he believes could be among the best he has trained.

Sunray's victory in the Grade 1 race at 40-1 under Andrew Thornton in 2003 was not only a local triumph but brought the trainer to wider attention.

Evening Hush was picked up for £55,000 in May this year and after one outing on the Flat was an easy winner on her jumps debut at Exeter before going to Aintree, where she made all to claim a fillies' Listed event by 21 lengths.

On official ratings she is 1lb ahead of Defi Du Seuil, whose three British victories so far include two at Cheltenham – one at Grade 2 level – and she receives 7lb from that rival in a race that should prove a highly informative JCB Triumph Hurdle guide.

Williams said: "We think the absolute world of Evening Hush. We know she's a good filly but whether she's a very good filly, we'll know after this. I'm quite excited.

"Everyone tells me Defi Du Seuil is the best around, yet the handicapper rates ours higher.

"Dolos has proven Grade 1 form and ran very well at Auteuil, they rave over the Hobbs horse, and Alan King's is very nice. We could finish fourth and I could be disappointed, but I've a funny feeling she's a good one."

Defi Du Seuil is having his fourth start of the winter but has looked well on top in all appearances to date.

"He was in good form afterwards, so why not have a go at the only other Grade 1," said trainer Philip Hobbs. "He seems in very good nick after his recent win at Cheltenham."

Dolos won over the course and distance in October and then travelled to France, where he finished third in an Auteuil Grade 1.

Trainer Paul Nicholls said: "We don't have that many juveniles this season, but on form he is probably the best of those we've run. He won well at Chepstow before running a nice race at Auteuil. Evening Hush and Defi Du Seuil look very good, but hopefully our horse should run well." 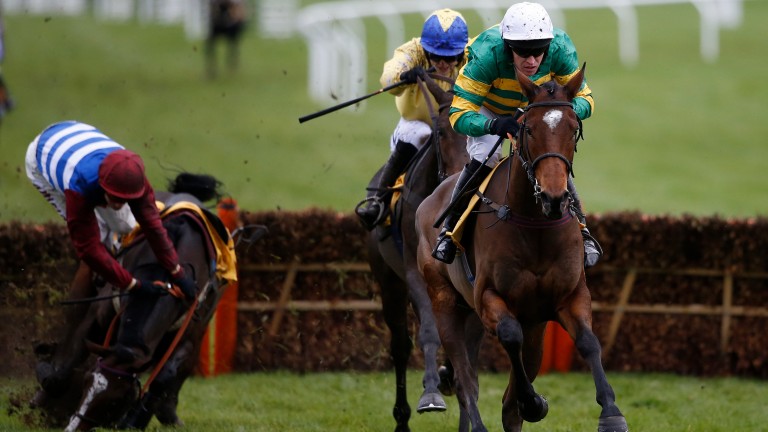 Defi Du Seuil and Barry Geraghty clear the last on the way to victory at Cheltenham in November as Dino Velvet, who reopposes today, comes to grief
Alan Crowhurst
Dino Velvet came down at the last in the Grade 2 won by Defi Du Seuil, but got off the mark next time at Sandown.

"This has been my fella's target for some time and we're happy with him, but it just depends if we're good enough. He stays well and won't mind soft ground."

FIRST PUBLISHED 6:00PM, DEC 26 2016
We think the absolute world of Evening Hush. We know she's a good filly but whether she's a very good filly, we'll know after this. I'm quite excited