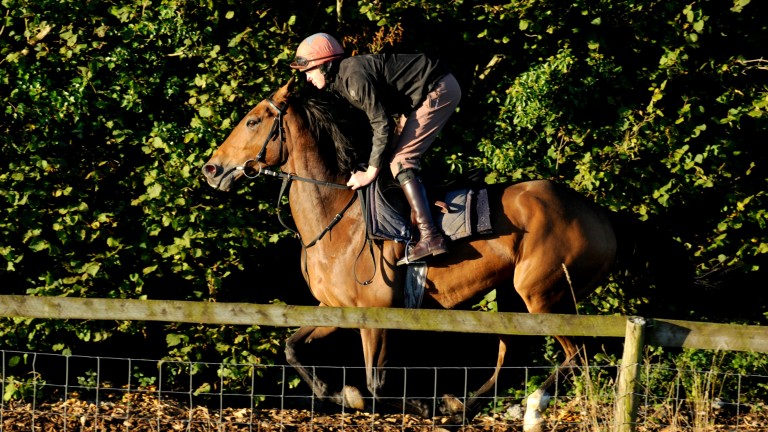 Buywise could be aided by headgear in Saturday's Caspian Caviar Gold Cup as he attempts to halt a string of oh-so-frustrating near-misses in valuable handicap chases at Cheltenham.

Buywise, who is as short as 8-1 co-favourite for the big-betting heat of the weekend, though available at 12-1 with SkyBet in a wide-open-looking handicap, has become something of a cult horse after several narrow defeats in richly-endowed chases at Cheltenham.

His latest near miss came when beaten two and a quarter lengths into third behind Taquin Du Seuil in last month's BetVictor Gold Cup.

Buywise's trainer Evan Williams also has general 10-1 chance King's Odyssey entered for the £100,000 race and he said on Monday: "As things stand the plan is to run Buywise and King's Odyssey. I suppose it would not be the same if Buywise didn't turn up in one of these valuable Saturday handicaps as he's been placed in so many of them over the seasons.

"He again ran really well when third behind Taquin Du Seuil in the BetVictor Gold Cup and was fourth in this race last year.

"We worked him in headgear over the weekend and I was very happy with the outcome, so I'd think he'll be wearing either blinkers or a visor for the first time in a race on Saturday."

Williams added: "King's Odyssey ideally wants plenty of cut in the ground and we'll be hoping for a shower or two at Cheltenham ahead of Saturday for him. If it doesn't rain we might have to consider whether conditions are right for him, but any decision will not be made until later in the week."

Buywise's regular jockey Paul Moloney is unsure whether he will be on board as there is a possibility he will be required for King's Odyssey, but he remains a massive Buywise fan, saying: "This is a helluva horse with a serious engine and I believe he has the ability to win one of these big handicaps at Cheltenham.

"But the key to him is the ground. It needs to be good for him to do his best and it was probably just a bit too soft for him last time.

"You need to give him a chance to get into his races. He's got a pin in his hock, so if you force him too early he doesn't seem to finish.

"I think the trip is just right for him in a fast-run race and it's just a question of getting the right ground. He showed what he can do when winning the Silver Trophy [in 2014] and he's quite capable of doing that again."

FIRST PUBLISHED 4:30PM, DEC 5 2016
This is a helluva horse with a serious engine and I believe he has the ability to win one of these big handicaps at Cheltenham