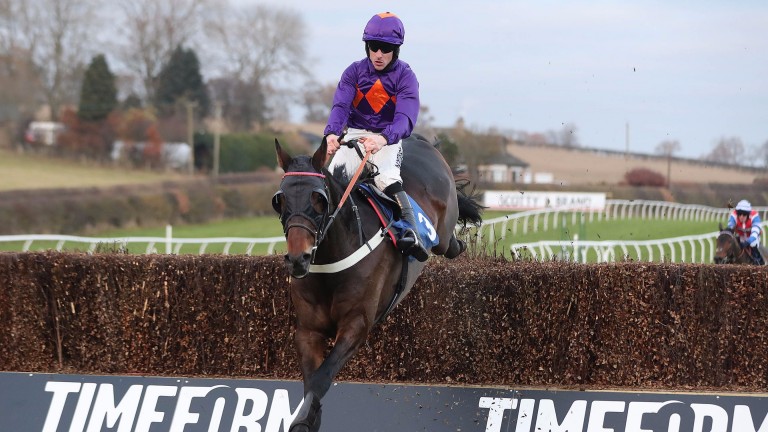 Trainer Ian Williams is considering two lucrative targets for Gas Line Boy after his impressive display in the veterans chase at Kelso.

The rejuvenated ten-year-old jumped beautifully on the way to an 11-length victory at the Scottish Borders track on Sunday.

He is available at 33-1 for the £150,000 Welsh National but a number of horses would need to drop out if he were to make it into the line-up for the stamina test on December 27 and an alternative is the £100,000 final of the veterans' series at Sandown on January 7.

"A lot will depend on how the handicapper views his win at Kelso as to what we do with him next," said Williams.

"He will need to run in the Welsh National with a 4lb penalty but if that doesn’t work out then he will probably go for the veterans' chase.

"Our plan was to run him in the Becher Chase last weekend but we couldn’t find a suitable jockey so went to Kelso instead.

"He has fallen a couple of times but he’s jumped well and run consistently since he joined us. He fell when attempting the Grand National year but he could go for the race again of he climbs high enough in the weights to get in the race."