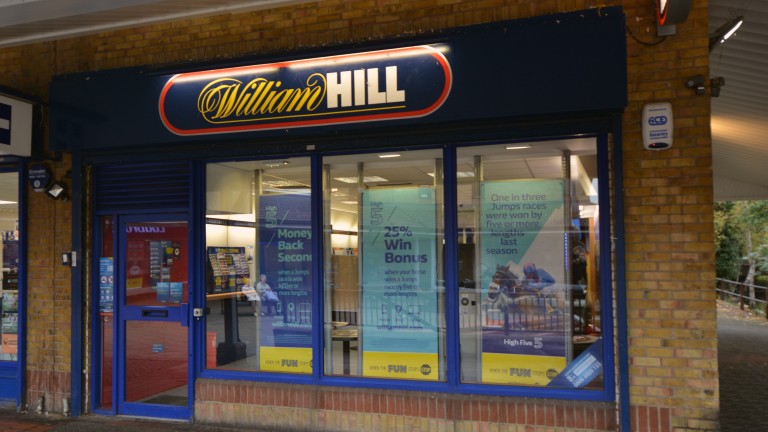 William Hill warned on Monday that their profits in 2016 would be at the lower end of expectations after the bookmaker was hit by a run of punter-friendly football and racing results in December which cost them £20 million.

Having forecast profits in the region of £280m when updating the markets in November, Hills have downgraded that guidance to £260m according to their latest trading update.

Shares in the bookmaker fell by three per cent following the announcement, the third profits warning Hills have issued in 15 months.

In their statement for the year to December 27, Hills said that gross win margins were "below expectations, in large part due to unfavourable football and horseracing results impacting the sector during December".

Interim chief executive Philip Bowcock said: "Importantly, the improvements we saw in wagering in online and Australia in the second half have continued in recent weeks.

"However, all four divisions saw customer-friendly results at the back end of the year, which translated into profits being c£20m below our prior expectations.

"With key underlying trends continuing to be positive, the recent run of sporting results have not changed our confidence in a better performance in 2017."

The news caps a turbulent year for the company, which is still without a permanent chief executive following the departure of James Henderson during the summer.

A proposed merger with Canadian gaming giant Amaya was called off in the autumn due to shareholder concerns, while Hills also had to fend off the unwelcome attentions of 888 and Rank, who made a takeover approach in the summer.

Hills had also made a merger approach to 888 early in 2016 which was rebuffed.

The bookmaker's experience with unfavourable sporting results is expected to be reflected in trading updates due from Ladbrokes-Coral and Paddy Power Betfair this month.

Ladbrokes-Coral shares also fell on Monday morning and were down 1.8 per cent at noon.

Analysts at Davy said of Hills' update: "While this statement will not come as a surprise, the scale of the profit swing is somewhat higher than might have been expected.

"Then again, from speaking to the company, it appears that the gross win margin swing in the last nine weeks was such that this shortfall can be entirely explained by adverse sports results."

Hills' final results for 2016 will be announced on February 24.

FIRST PUBLISHED 7:42AM, JAN 9 2017
All four divisions saw customer-friendly results at the back end of the year