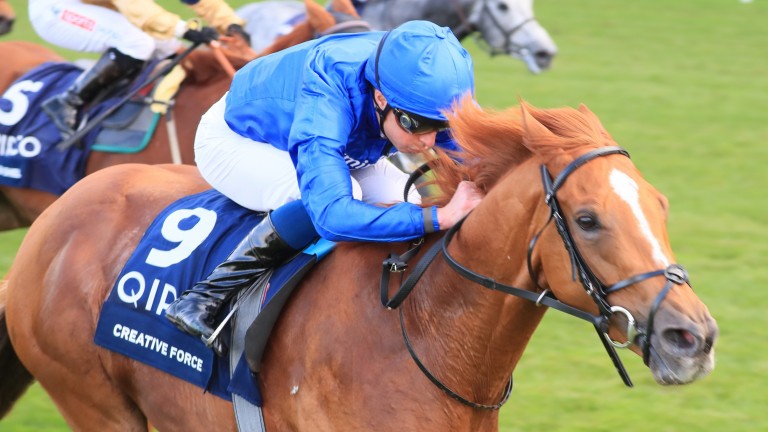 Given the season he has had, the greatest surprise after Creative Force landed the Qipco British Champions Sprint for trainer Charlie Appleby was that he had never previously saddled a runner on Champions Day.

The fact Creative Force began the year winning a handicap at Newmarket off a rating of 89 and had been beaten in his two starts at Group 1 level this year shows how accustomed we have become to seeing Appleby competing – and winning – at the biggest meetings worldwide.

"We’ve waited for the right horse!" Appleby said when asked about breaking his Champions Day virginity in amongst receiving hearty congratulations from all around.

It is something the trainer has become used to this season, having snared a second Derby and the King George VI & Queen Elizabeth Stakes with Adayar, the St Leger and Grand Prix de Paris with Hurricane Lane, plus having two of the year’s leading juveniles in Native Trail and Coroebus and much more.

And Appleby believes further success at the highest level in sprints awaits for Creative Force following the retirement of July Cup winner Starman in the build up to Ascot. 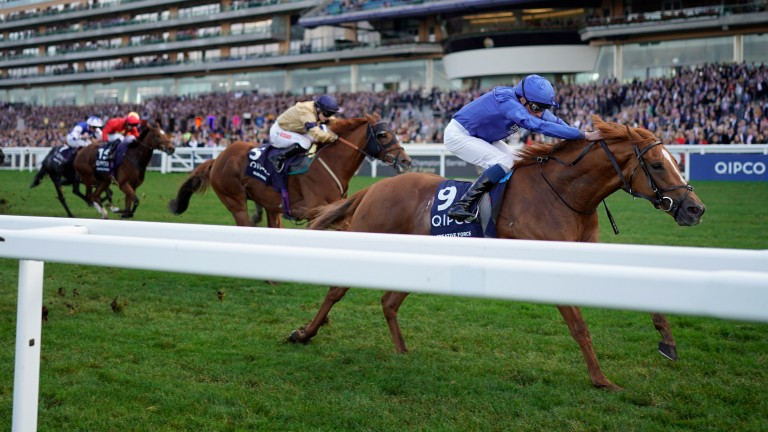 "I think with Starman retiring the sprinting division is quite open," he said. "There’s a hole there now to be filled and I think this horse is young enough to do that. For this little horse to win a Group 1 I think he really deserved it."

Appleby’s confidence in Creative Force’s ascent is backed up by how the three-year-old has gradually got to grips with what is needed to perform against the very best.

"At this level of sprinting it’s such a tough game you can’t have anything not go right," he added. "Coming along this season I felt this horse was getting the knack of sprinting. What he’s been doing in his races is what these good sprinters need and that’s travel.

"We knew Glen Shiel was the right horse to follow and as he’s won over further here we knew he was going to hit the line hard. If anything was going to come from behind us and beat us then fair play to them, but they didn’t."

The victory provided William Buick with a highlight on the final day of the British Flat jockeys’ championship and the rider backed up Appleby’s view that it was a deserved win for Creative Force. 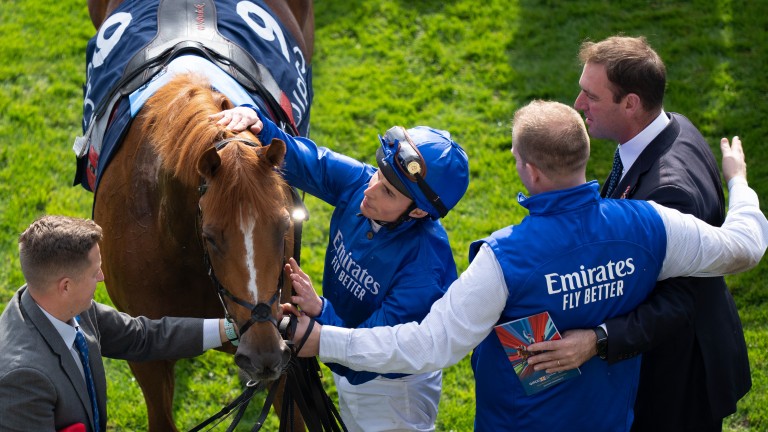 "Creative Force really did deserve it,” he said. "Obviously, he won the Jersey Stakes here and he goes through that ground which is a big help. The race worked out perfectly today."

Creative Force denied Glen Shiel back-to-back wins in the Champions Sprint, with the seven-year-old finishing second after making the running under Hollie Doyle.

Trainer Archie Watson said: "I’m delighted. He does come alive here. Hollie was delighted with him.

"He quickened away and just found one very good horse of Charlie’s to beat him. He’s just a dream for the owners to have and a dream for us to have."

FIRST PUBLISHED 2:13PM, OCT 16 2021
There’s a hole there now to be filled and I think this horse is young enough to do that