Will Ribchester rule? Analysis and trainer views for the QEII 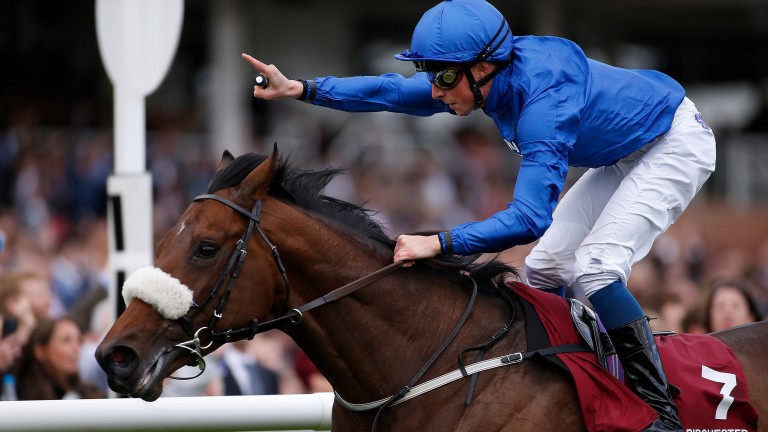 Ribchester will attempt to reaffirm his standing as Europe's leading miler by collecting a fourth Group 1 victory of the season in the Qipco Queen Elizabeth II Stakes.

Barring a blip when sunk in monsoon-like conditions in the Sussex Stakes at Goodwood, it has been plain sailing for Richard Fahey's stable star with a trio of top-level strikes coming in the Lockinge, Queen Anne and Prix du Moulin.

Fahey, who has long believed Ribchester to be the best horse he has trained, is optimistic a campaign that started with a trip to Dubai in March will not begin to take its toll.

"He was on the go early but doesn't seem to be showing any effects of it, and if anything he's getting better still," said the trainer.

"Everything's gone according to plan and we couldn't be better prepared. He's had a fantastic season and we're delighted with him."

Ribchester, who finished second behind Minding in the QEII last year, faces his first real test against the top three-year-olds, headed by dual Guineas winner Churchill, but Fahey has unflinching faith in his colt.

"Every Group 1 is a tough test but, touch wood, he doesn't let us down too often," he said. "He had a blip at Goodwood but it wasn't a disaster."

As in all his previous domestic runs this season, the Godolphin-owned four-year-old – reunited with William Buick following his recent return from injury – will be joined by pacemaking stablemate Toscanini, the mount of James Doyle.

"Toscanini will definitely be making the running; if anything's in front of him it would be going quick," said Fahey. "He's been slowly away at times and if you dig him out he goes flat out, but I'm sure James will know what to do."

Ribchester pros Has carried all before him in the top races this season and is clearly the best older miler in training.

Ribchester cons Yet to come up against the cream of the three-year-old crop and has been on the go since March.

Churchill back in trip

Dual 2,000 Guineas winner Churchill returns to Ascot seeking redemption having failed to add to his Classic victories in three attempts since he completed the Guineas double at the Curragh in May.

The most mystifying of those defeats was in the St James's Palace Stakes, when he ran no sort of race. The three-year-old now reverts to a mile having finished second in the Juddmonte International in August and only seventh in the Irish Champion Stakes last month.

Trainer Aidan O'Brien, who landed the event with Minding a year ago, will be bidding for a fifth win in the race and said: "It was always on the cards we might bring Churchill back to one mile in this race.

"He was beaten only four lengths in the Irish Champion, which got a bit messy in the home straight.

"We're very happy with him and he's in good form. Hopefully the ground won't get too testing for him." 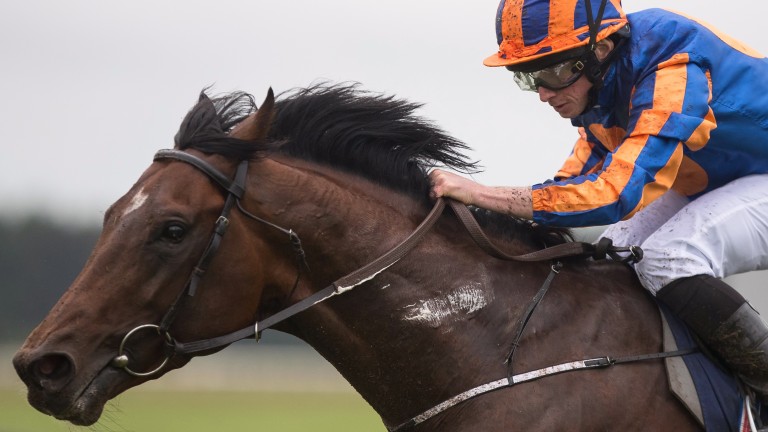 Lancaster Bomber, who has accompanied Churchill in many of the Classic winner's races has finished ahead of him only once, when second in the St James's Palace.

Runner-up in a Grade 1 event in Canada on his most recent start last month he and Sir John Lavery – who will running at the top level for the first time – complete the Ballydoyle challenge on what could be another big day for O'Brien.

The trainer added: "Lancaster Bomber is in good form. He's very straightforward and if nothing else wants to roll along then he's capable of doing that, although he doesn't have to race that way.

"Sir John Lavery is slowly progressing and we thought it was worth letting him take his chance."

Churchill pros Dual Classic winner reverting to a mile for the first time since June, which should suit.

Churchill cons Needs to bounce back after suffering three defeats. Questions to answer as season nears its end and soft ground not ideal.

Trainer Andre Fabre has never wavered from his belief Al Wukair is a serious Group 1 performer but a variety of circumstances prevented him from earning his laurels at that level until the Prix Jacques le Marois at Deauville in mid-August.

Unbeaten in three starts when sent to Newmarket for the 2,000 Guineas – only Fabre’s third runner in the race this century – Al Wukair found himself on the outside of the field and, despite picking up well, could never get to Churchill, going down by a length and a quarter.

A proposed step up to the extended mile and a quarter of the Prix du Jockey Club was derailed by a minor setback and Fabre has since stuck to a mile.

“I'm delighted with his condition and his work,” said Fabre. “I've been trying to keep him as fresh as possible for this race.”

While elements of his form as well as his breeding suggest Al Wukair should be able to handle testing conditions should they arise, his trainer is not one of those doing any sort of rain dance.

Fabre said: “He won on soft ground at Deauville as a two-year-old but since then hasn’t really run on it. You couldn’t describe Deauville as soft on Marois day, it wasn’t that deep.”

Pros Guineas run and narrow defeat of Inns Of Court and Thunder Snow have confirmed him as being very near the top of the miling tree of his generation.

Cons Beat only one older horse in the Marois, when Taareef pulled far too hard to do himself justice, so still has something to prove on that score.

Beat The Bank, the star signing in Leicester City chairman Vichai Srivaddhanaprabha's team of horses with Andrew Balding, has secured promotion to the Premier League after destroying his rivals in lesser company.

After last month's five-length romp at Newmarket capped a gradual ascent up the ladder, the highly progressive three-year-old has received his reward with a place in one of Europe's most prestigious mile contests.

Balding said: "He was impressive in the Joel Stakes last time, which was a solid enough Group 2. Another step up is required if he's going to play a part but he deserves a crack at this level.

"Like a lot of these, he's had a long season and you're slightly guessing when you get to this stage, but his work has been good and he seems in fine form."

If Beat The Bank fails to fire, Balding does not have a bad substitute to turn to as he is also represented by Here Comes When, the shock winner of the Sussex Stakes last time, when beating Ribchester by a neck.

"The recent rain will play to his strengths and he's been deliberately kept for this race as he runs very well fresh," said Balding.

"He's a Group 1 winner and is probably the forgotten horse; a repeat of his performance at Goodwood would see him there or thereabouts. A slight negative would be, by in large, his best form has come at turning tracks."

Beat The Bank pros Has posted a series of wide-margin victories on his last three starts and appears to be peaking at the right time.

Beat The Bank cons Unproven at this level and needs to take another step forward to trouble the likes of Ribchester and Churchill.

Clive Cox, trainer of Zonderland
The amount of rain is a great shame, as he made a very impressive return to the track at Goodwood, just missing out in the Celebration Mile, and he’s trained really well. We’re concerned about the ground. The forecast is pretty dire and we’re watching it very closely.

John Gosden, trainer of Persuasive and Nathra
Persuasive found the ground a bit tight for her in the Sun Chariot but came out of the race in such good shape we decided to have a crack at this. Ribchester will be tough to beat but our filly will like the ground and should be competitive before she heads off to stud. Also off to the paddocks is Nathra, who ran well under a lovely ride from Jimmy Fortune to be third in the Sun Chariot. She'll like the ground.

Saeed Bin Suroor, trainer of Thunder Snow
We've given him an easy time since his last run in France and he's in good form. He goes on soft ground but we wouldn't want it to become heavy. We're trying the visor to make him more focused and he's been working well in it.

William Haggas, trainer of Sea Of Grace
This is a very tough race but she's a smart filly who enjoys a bit of dig in the ground. She didn't get the trip last time so we're coming back to a mile. She's a sporting outsider.

FIRST PUBLISHED 6:00PM, OCT 20 2017
He was on the go early but he doesn't seem to be showing any effects of it, and if anything he's getting better still