Does Jenkins have what it takes to live up to his billing this season? 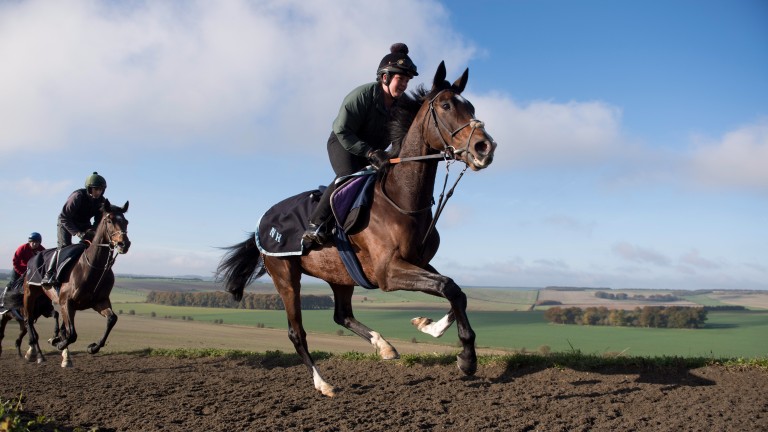 There is no doubt which horse provides the main talking point in the Unibet Greatwood Hurdle. Indeed, there are few horses entering the winter with a bigger question mark hanging over them than Jenkins.

In his bumper season the five-year-old was billed by some as close to the second coming, yet despite winning two of his three starts over hurdles last term he was a disappointment, suffering an odds-on defeat at Kempton either side of victories at Newbury and Ffos Las.

Jenkins therefore tackles the Greatwood rated 137, a mark which gets him in here off 10st and makes him look potentially a fascinating proposition. For although his best Racing Post Rating is 135, Bags Groove, who chased him home at Newbury, won off 140 at Kempton on Monday, while the Newbury third and fourth are now rated 148 and 150.

"I hope we'll see a different Jenkins to the one we saw last season," said trainer Nicky Henderson.

"Hopefully he can jump now. At Kempton his jumping was diabolical and even I could have won the race he won at Ffos Las. I don't think he has run to 137 but, equally, he's always had great potential."

A big believer in that potential is jockey David Bass, who has been working hard to get down to the minimum weight.

"The owner Paul Sandy also sponsors me, and that has been a motivating factor. I've basically just been eating healthily with plenty of fish and protein, plus exercising. Paul sent me a box of SlimFast biscuits as well. They're actually quite nice."

Bass added: "I really wanted to ride Jenkins. Based on his potential and what he's shown us at home he has a great chance. He gave me a very special feel when he won his bumper and the form of his first win over hurdles has worked out.

"Overall, though, we hope we can forget about last season. We think he is in a better place now but he has to go and prove it."

It was only eight days ago when London Prize dominated Wincanton's Elite Hurdle for in-form trainer Ian Williams.

The initial suggestion from connections was the six-year-old, who had finished an excellent second in the Cesarewitch in mid-October, would not take up his Greatwood Hurdle entry. 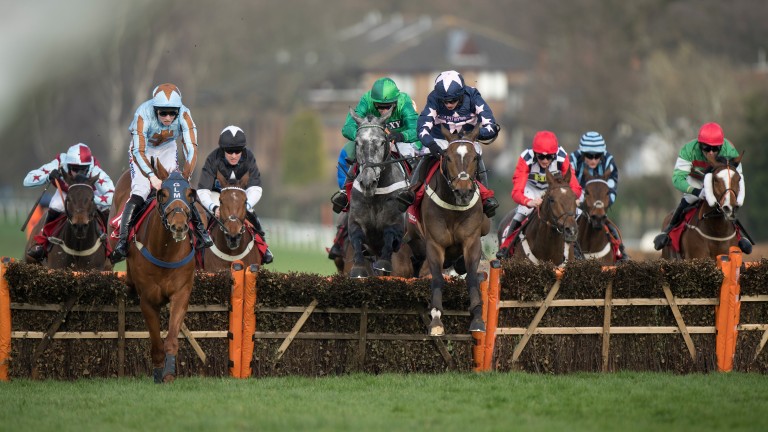 However, a change of plan means last season's Imperial Cup hero appears here with a major shout of collecting the £56,950 first prize. Moreover, it is worth nothing he last year won a staying handicap at Nottingham only five days after scoring at Newbury.

Williams said: "It’s always a risk running horses back so soon, but the signs are all positive and London Prize has convinced us to run, not the other way round. He’s going because we think it’s the right thing to do."

One-time smart Flat handicapper Mohaayed ran crackers in the County Hurdle and Scottish Champion Hurdle last season before sauntering home in a match race at Market Rasen in May.

The five-year-old races off a 2lb higher mark than when third in the Scottish Champion Hurdle, but trainer Dan Skelton is not worried about the 137 rating he shares with Jenkins.

"Whatever happens I won't be making excuses," said Skelton. "He's very fit. He had good handicap form last year and off 10st he has an obvious chance.

"He's now a bit older, a bit stronger and has more experience, so I think he should be able to be competitive off that mark at some point this season, whether it's in this race or one down the line."

Richard Johnson, rider of The New One
There are lots of younger, unexposed horses in opposition, but he’s been there and done it.

Paul Nicholls, trainer of Old Guard
Old Guard won the race two years ago and had a nice prep the other day. Bryony Frost takes off a handy claim.

Alan King, trainer of Elgin and William H Bonney
This race has always been the early target for William H Bonney as we know he goes well fresh. He’s plenty fit enough, he won on the course last season and we've managed to snap up a very promising conditional in Mitch Bastyan, which will offset the fact he's 4lb out of the handicap. We've had second thoughts about Elgin, who has come out of his Ascot win so well we've decided to roll the dice again.

John Quinn, trainer of Project Bluebook
He's in good form and has been very consistent. It's a tough race but as a four-year-old you would hope there's a bit more improvement in him.

Brian Ellison, trainer of Nietzsche
It's always been the plan to run here. His runs on the Flat have put him right and as long as there's plenty of cut in the ground he should run well.

Harry Fry, trainer of Misterton
I was very pleased with his reappearance at Chepstow. We definitely think he’s going in the right direction.

Does Nicky Henderson hold winning formline in clash of two potential stars? 'Any criticism of him is surely harsh' - Graeme Rodway on Cleeve favourite Champ Intriguing Trials day the perfect warm-up as festival looms large on the horizon In Shishkin's footsteps: Lightning Chase may offer clues for wide-open Arkle One trainer, one jockey, one horse and one race to watch on Saturday Shishkin triumph was redemption for Nicky Henderson - and Lambourn loved it