Will it be history for Yutaka the master or Moore magic for O'Brien on Idaho? 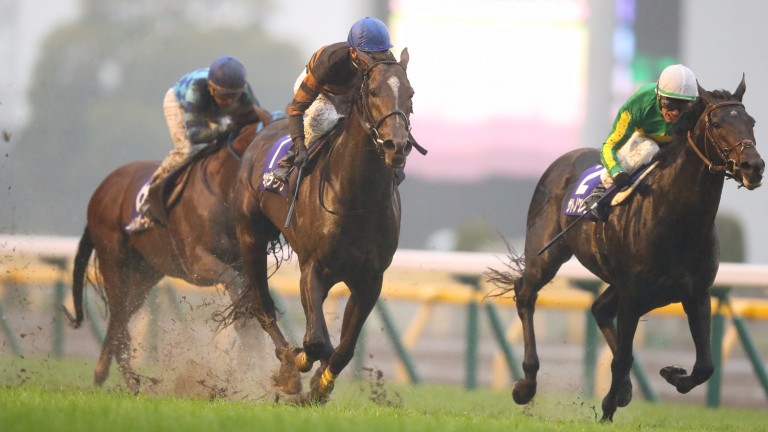 Aidan O'Brien has yet to win a Japan Cup but in Idaho – his first runner since 2010 – he has a contender who has always looked to have what it takes to win a Group 1.

Only just beaten in the 'race within a race' behind easy winner Enable in the King George, Ryan Moore's mount is the third highest-rated horse in Sunday's field by RPRs.

However, he has thrown in a couple of subdued performances in the US and Canada since finishing third at Ascot, while in between his North American trips came an eight behind Enable in the Arc.

TJ Comerford, travelling head lad to O'Brien, who is seeking his 28th top-level win of the year, has been delighted with Idaho's work this week and hopes to see the horse produce the form on the track that won him the Hardwicke at Ascot this summer.

"If you saw that type of performance and he was in the same form I'm sure you'd see a massive run from him," said Comerford. "If he's in that frame of mind I'm sure that would be good enough to put him on the premises in the Japan Cup."

Moore won the Japan Cup on Gentildonna in 2013 and will need to repeat that feat and hope Cheval Grand and Hugh Bowman finish no better than third if he is to be crowned Longines World's Best Jockey in Hong Kong Next month.

Cheval Grand's stablemate Makahiki – Christophe Lemaire's ride in the 2016 Arc – made a pleasing comeback when second to Real Steel in August before struggling in the wet conditions of the Tenno Sho.

Will it be Black magic once more?

Success here for Japan's reigning Horse of the Year and fans' favourite Kitasan Black would make him only the second dual winner in 37 editions of the race, while jockey Yutaka Take would extend his record number of Japan Cup victories to five.

With retirement beckoning at the end of the year, Kitasan Black is looking to complete the middle leg of a farewell treble, having overcome a sloppy start and an even sloppier track against Satono Crown here last month.

Trainer Hisashi Shimizu said: "His run in the Tenno Sho [autumn] was spectacular. I really have to take my hat off to him. With what happened at the break, I kind of figured he’d flubbed it, but in no time at all he was moving up through the field and got to where he did by the final turn. He got an amazing ride too."

Satono Crown tipped the scales at considerably above his normal fighting weight for the Tenno Sho, leading to a feeling that trainer Noriyuki Hori may have left something to work on.

His finest win to date was when running down Highland Reel from a long way back in last December's Hong Kong Vase and it will be fascinating to see how much of a start Mirco Demuro chooses to give Take on Kitasan Black.

Christophe Lemaire leads the race to be crowned champion jockey in Japan but he can't have had an easy time choosing between Tokyo Yushun (Derby) winner Rey Del Oro in favour of Yushun Himba (Oaks) heroine Soul Stirring.

Rey De Oro made an excellent return to action when defeating subsequent St Leger winner Kiseki at Hanshin and could end up pushing Kitasan Black for favouritism, albeit he has yet to face older horses. 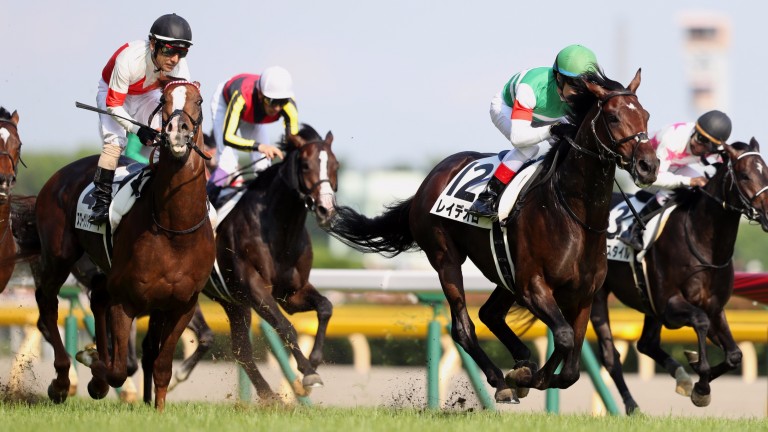 "Last time he was calmer in the pre-parade ring and, unlike usually, broke well and got a good position and travelled well," said Daisuke Tsumagari, assistant to Rey De Oro's trainer Kazuo Fujisawa. "I think that’s proof he's matured mentally."

Stablemate Soul Stirring provided Frankel with a first top-flight winner as a sire here in May and was not disgraced when sixth in the Tenno Sho, while her training is reported to have gone very well.

Could one of the other three internationals spring a surprise?

David Hayes already has one Japan Cup on the sideboard and, while he made no secret that Caulfield Cup winner Boom Time might not have the class of 1990 winner Better Loosen Up, he remains confident of a good run.

Guignol holds a head-to-head advantage of five to two over fellow German raider Iquitos, but trainer Jean-Pierre Carvalho said of the rivalry: "My horse Guignol might have an advantage here because he can be ridden closer to the pace, but Iquitos is a tough horse as well and there is rarely much between them."

Iquitos was the best of three European runners when a four-length seventh here 12 months ago and trainer Hans-Jurgen Groschel said: "We always expect the horse to run his best but this year we want to run better than last year."

Last year's Racing Post Trophy winner Rivet is due to have his first start in Hong Kong on Sunday.

Having been bought privately by George Moore, he joined his father John, who is Hong Kong's longest-serving and winningmost trainer.

His previous trainer William Haggas said following his sale in the summer: "I see no reason why he won't do very well in Hong Kong."

Rivet begins to put that to the test in a 7f handicap at Sha Tin in which he must concede weight to 12 rivals under Tommy Berry.

FIRST PUBLISHED 8:00AM, NOV 25 2017
If you saw that type of performance and he was in the same form I'm sure you'd see a massive run from him then

'Course form is the best form' - find out which trainer is feeling bullish His place, his moment, his destiny - Stradivarius on the cusp of Ascot history Confirmed runners and riders for Friday's Coronation Stakes at Royal Ascot Is this Aidan O'Brien's greatest Ascot masterstroke or a total shot to nothing? Cheltenham, Aintree - and now Ascot? De Bromhead adds filly to Coronation mix 'He shows everything at home - he relaxes, he quickens, he gallops'