Will Enable wow again as superstar bids farewell to Britain in Yorkshire Oaks? 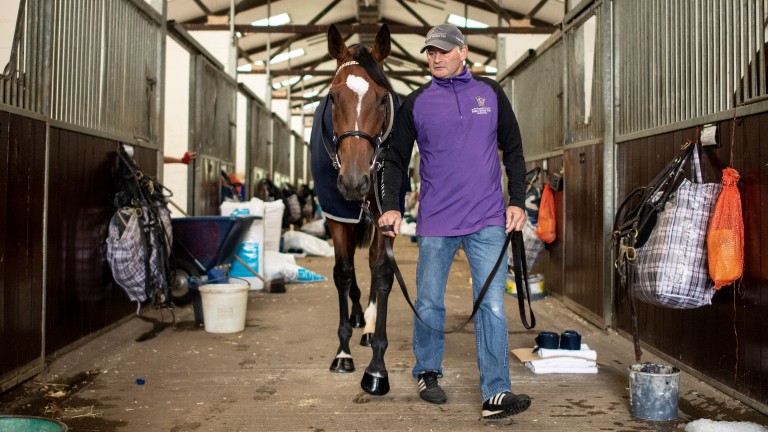 The bookmakers may rate Enable a 2-7 shot to land the spoils on the Knavesmire, but trainer John Gosden is keen to stress this is just another staging post before the superstar mare's bid for a historic third triumph in the Qatar Prix de l'Arc de Triomphe on October 6.

With just three rivals, Enable heads the smallest turnout in the feature since Roseate Tern defeated four rivals 30 years ago as she attempts to become just the third horse to win the race twice after Only Royale and Islington.

Gosden, who is chasing a fourth win in the £425,000 contest after scoring with Dar Re Mi (2009), The Fugue (2013) and Enable last year, said: "I've seen enough upsets in my time at York, notably Brigadier Gerard getting turned over by Roberto in the International, so we're not getting carried away. 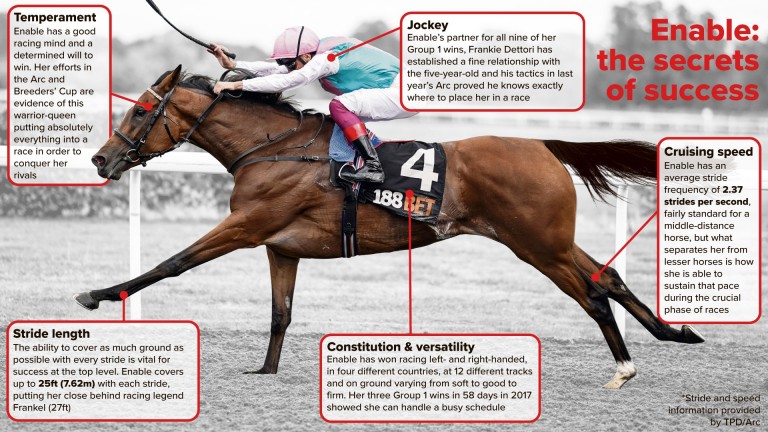 "Enable is in good form and it's an important race in her programme but all roads lead to one race in Paris in October. It's a small field but she's versatile as regards tactics, as she showed when making all the running to win this race two years ago."

The daughter of Nathaniel has looked better than ever in two starts so far this term, most recently when coming from an unpromising position to defeat Crystal Ocean in the Group 1 King George VI and Queen Elizabeth Stakes at Ascot last month. 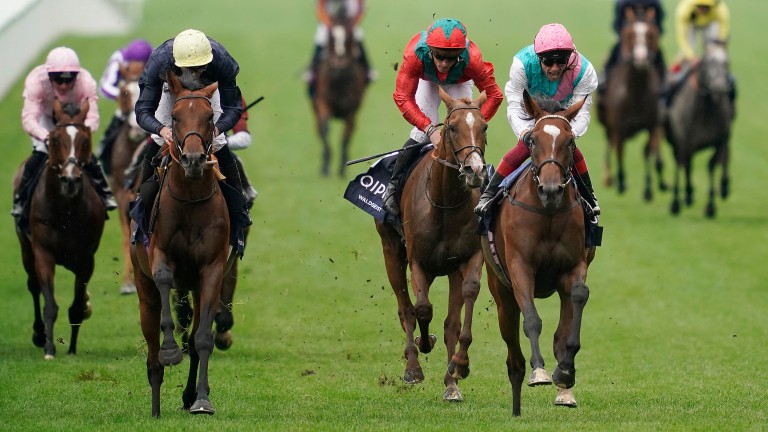 Prior to that she put rival Magical to the sword for a third time in the Group 1 Coral Eclipse Stakes at Sandown and her work on Newmarket's Al Bahathri Polytrack gallop has been of a high order.

Enable showed her versatility on the Knavesmire two years ago when making all the running to defeat stablemate Coronet at odds of 1-4, and many will expect a repeat performance, even though Aidan O'Brien has thrown pacemaker South Sea Pearl into the mix.

Pro She's versatile regards tactics and has the class edge.
Con The Arc is the main objective.

FIRST PUBLISHED 6:00PM, AUG 21 2019
I've seen enough upsets in my time at York, notably Brigadier Gerard getting turned over by Roberto in the International