Wilesmith: Ridley mistake was just one of those unfortunate things 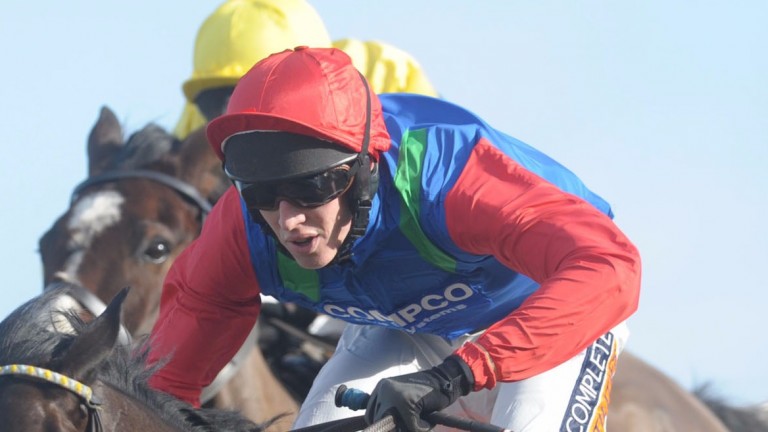 The owner and trainer of the horse on which amateur rider James Ridley threw away victory by mistaking the winning post at Newbury on Friday has dismissed the error as "just one of those unfortunate things".

Martin Wilesmith said he had been thrilled to see Lookslikerainted, a 33-1 chance, run so well under Ridley on his first start for his new connections in the BJP Insurance Brokers Open Hunters Chase.

Lookslikerainted had been left with a 15-length advantage when nearest rival Duke Of Lucca unseated his rider at the last but Ridley mistook the half-furlong marker for the finishing line and eased up only to be caught and passed by Triangular, who went on to win, and Ballytober.

Ridley, who apologised for his error, endured some verbal abuse from racegoers and was hit with a maximum 28-day ban.

Wilesmith said yesterday: "We took it extremely well. James has been very helpful to us. We were absolutely thrilled with our horse. It was his first run for us and it was just one of those unfortunate things. James rides for us today point-to-pointing.

"If he had completed we would have been over the moon. To see the horse run like that and to see our colours coming over the last at Newbury, a Grade 1 course, was a wonderful thrill.

"James was heartbroken and our sympathy was with him. We all live to fight another day. Nobody got hurt and the horse is great this morning. We will put it behind us and take the positives out of it."

"I couldn't believe it," said Godfrey. "I was very lucky. I saw the girl fall at the last and thought I should get second. I kept looking up and I could see the jockey on the horse in front drop his hands and I thought he was just hacking to the line.

"Then he was getting closer and closer and I could see the line and then I realised he was stopping. He must have mistook the finish. I kept pushing. When I went by the post I had a slight doubt in my head. I didn't know if I had it or not. I thought it might be too good to be true.

"I met James for the first time yesterday. I was speaking to him afterwards and he was obviously gutted."

Godfrey has made a habit of making the most of his opportunities in the saddle having won on his first ride in a point-to-point last April.

"I had my first ride under rules for Harry [Fry] on Monday at Southwell and won on that," he added. "Yesterday was my second ride under rules and first over fences. It was my birthday too so it couldn't have gone better. It's been an extraordinary week."

FIRST PUBLISHED 2:23PM, MAR 25 2017
It was just unfortunate. James was heartbroken and our sympathy was with him