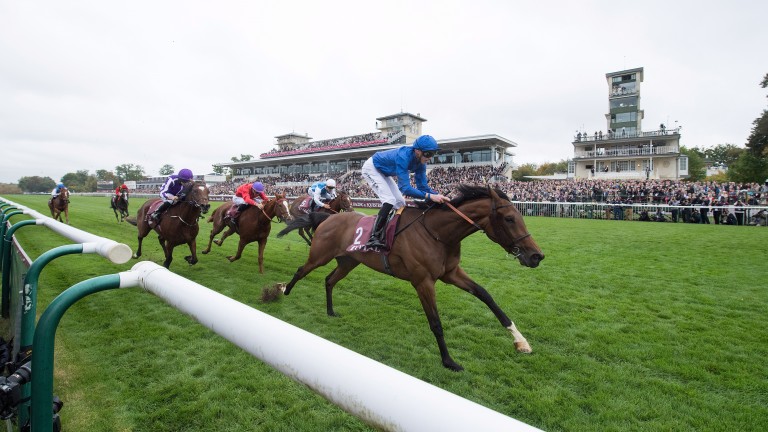 Charlie Appleby has issued an upbeat bulletin about Wild Illusion who is one of 21 fillies still in contention for the Investec Oaks following the latest forfeit stage.

Appleby, who is still searching for a first British Classic, believes 1,000 Guineas fourth Wild Illusion will thrive for the step up to a mile and a half and is going to arrive at Epsom on Friday, June 1 in tip-top condition.

The Godolphin trainer said: "Wild Illusion has come out of the Guineas well and she has definitely come forward for that run.

"We have always said that we cannot wait to step her up in trip and we feel that is going to be her forte.

"Her dam is a staying mare and Wild Illusion has shown from last year on all indications that going up in trip is going to suit her."

Appleby pointed to the Prix Marcel Boussac winner's versatility as a significant advantage, while her tractability gives rider William Buick plenty of options.

He added: "She is a very straightforward filly – ever since day one she has been. She has raced close to the pace in the past because we always felt she just wants a trip.

"Going the mile and a half, she is versatile and is not keen. I'm sure William will work out the pace on the day and decide where he needs to be in the race.

"She has raced twice at Chantilly, right-handed, and is yet to encounter a left-handed course, but I felt she handled the undulations very well at Newmarket – a far cry from Epsom, of course, but even so we have seen plenty of horses caught out in the Dip. She has passed that test well and I have not been drawn into thinking that I need to go to Epsom to have a spin around to get experience."

Appleby may be swerving Breakfast with the Stars but John Gosden is keen to give 9-4 favourite Lah Ti Dar a taste of Epsom before the big day.

Of his unbeaten filly, Gosden said: "Lah Ti Dar is in great form and she has done everything right. We are going to pop down to Breakfast with the Stars at Epsom on Tuesday with her, all being well, and have a little breeze around the track with Frankie Dettori on and see where we go from there." 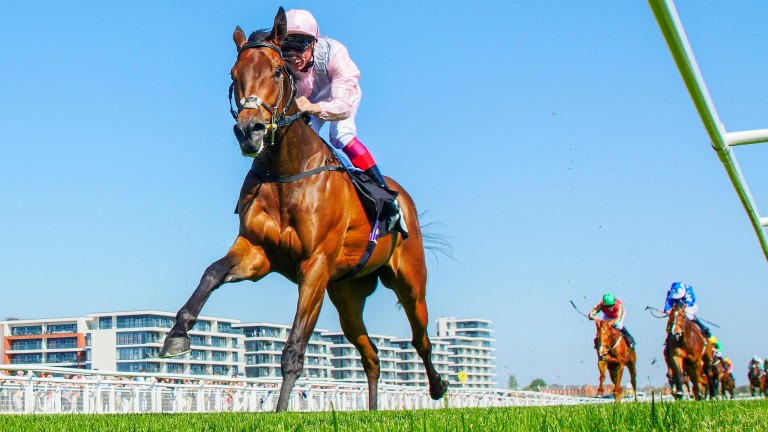 Lah Ti Dar: will be at Breakfast with the Stars
Mark Cranham (racingpost.com/photos)

Lah Ti Dar, a daughter of multiple Group 1 winner Dar Re Mi, jumped to the head of the market with victory in the Pretty Polly Stakes on the same day previous favourite Happily could finish only third in the 1,000 Guineas.

Happily could yet claim Classic glory as she is one of 11 fillies left in the race by record-breaking trainer Aidan O'Brien.

Recent market mover Sun Maiden, who was slashed to as short as 16-1 (from 50) after winning a Salisbury maiden by 12 lengths on Thursday, remains a possible runner for Sir Michael Stoute.

Watch Sun Maiden streak to an impressive success at Salisbury

Those not entered can be supplemented for £30,000 at the next acceptance stage on Saturday, May 26.

FIRST PUBLISHED 2:46PM, MAY 18 2018
Her dam is a staying mare and Wild Illusion has shown from last year all the indications that going up in trip is going to suit her