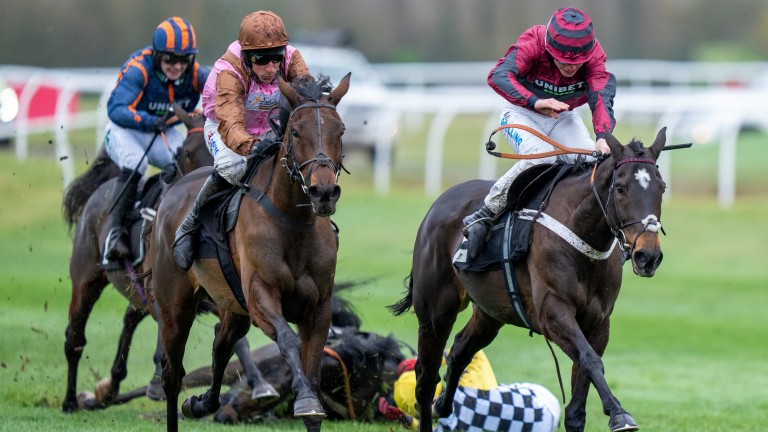 With a surprise result in the Ladbrokes Trophy and the Honeysuckle camp unlikely to lose sleep over two rivals she has already beaten, Epatante and Not So Sleepy, Ahoy Senor stole the show on Saturday.

The six-year-old, who won a Grade 1 over hurdles, unseated Derek Fox on his chase debut at Carlisle last month but made no mistake when demolishing his three rivals at Newbury for Lucinda Russell.

He showed no signs of stopping as he beat Mr Incredible by 31 lengths and his performance suggested the stamina test of the National Hunt Chase, for which he was cut to 6-1 (from 20s) by Betfair Sportsbook, could suit him if he got into a similar rhythm. He is also available at 8-1 for the Brown Advisory Novices' Chase.
Charlie Huggins, reporter

'He’d have sound credentials for the Martin Pipe'

Ahoy Senor is an obvious contender for the Brown Advisory at the Cheltenham Festival after that performance at Newbury, but the one I was watching was Chemical Energy at Fairyhouse. 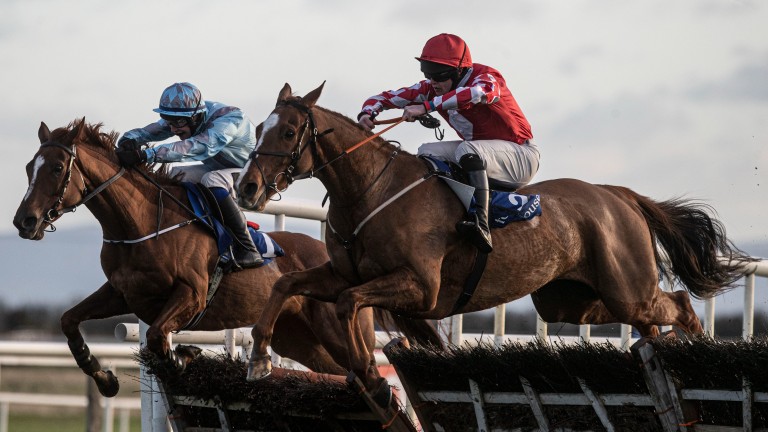 Second to Royal Bond favourite My Mate Mozzie at Navan last time, Chemical Energy was happier stepping back up to two and a half miles and put the race to bed once shaken up. Only a five-year-old, there is more to come and the further he went, the better he looked.

Trainer Gordon Elliott has mentioned the Martin Pipe as a possible target in March. He’d have sound credentials for that, but the Albert Bartlett should also come into consideration if the ground is decent.
James Hill, tipster

Chasers Ahoy Senor and Cloudy Glen grabbed the headlines at Newbury on Saturday but I believe the most likely festival winner is Elle Est Belle, who landed the opening mares' novices' hurdle.

She was beaten at slim odds on her hurdles debut but appeared to have taken a huge step forward here and the manner in which she quickened away from Ahorsewithnoname is a reminder of the ability she displayed when third in the Champion Bumper last season.

Bookmakers make her a general 7-1 chance for the Mares' Novices' Hurdle – she is joint-favourite with Grangee who won on Saturday – and Elle Est Belle would have to be a leading contender for that race.
James Stevens, reporter

Newcastle: Gutsy Aye Right finally has his day to the delight of Graham and Bewley 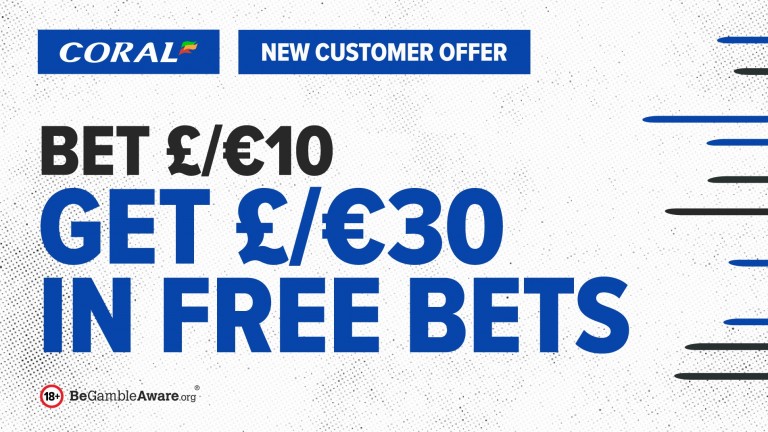 FIRST PUBLISHED 5:00PM, NOV 27 2021
Trainer Gordon Elliott has mentioned the Martin Pipe as a possible target in March. He’d have sound credentials for that.