Whisper shows he still has what it takes despite age 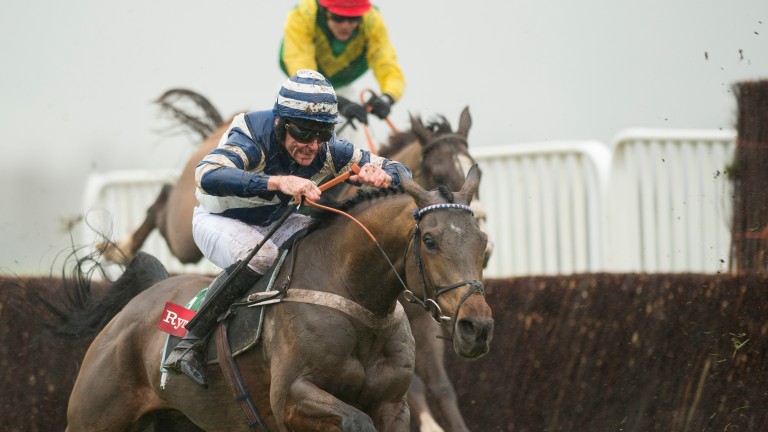 It seemed rather late in the day for Whisper, a dual Grade 1 winner over hurdles, to bag his first Pattern win over fences at the age of nine, but when it came to the BetBright Dipper Novices' Chase trainer Nicky Henderson had form.

Three years earlier he saddled Oscar Whisky, who was also owned by Dai Walters, to land the Grade 2 prize as a nine-year-old, and Whisper made sure age was again no factor as he repelled favourite Clan Des Obeaux.

Clan Des Obeaux, who is four years younger, appeared to be in control but lost vital momentum when he screwed over the second-last fence, handing an advantage to Whisper, who was still half a length in front under Davy Russell at the line.

Henderson said: "Whisper went missing all last year and we couldn't do anything with him at all. He was rubbish in the nicest possible way. I do love him though because he has always been such a game horse. Last season was very unlike him but nothing happened at all. We did a lot of soul-searching.

"He first ran over fences two years ago at Exeter and got beaten. He has won those two Aintree Hurdles and lots of other races. He's so tough and game and a real friend. We like the old boys who come back. It feels as though he has been around a long time and yet he's novice chasing."

Whisper was quoted at 14-1 for the JLT Novices' Chase by Betfair Sportsbook, Betway and Paddy Power, while bet365 went only 8-1. Runner-up Clan Des Obeaux remained at 10-1 with William Hill for the same race, but Paddy Power eased him to 20-1.

The JLT is a race Henderson said that Whisper could "come into the reckoning for", adding: "I will have to talk to Davy. He has such a lovely style of riding. He lets the horse do his own thing and he is loving it. He gets on with him really well."

Clan Des Obeaux had Sam Twiston-Davies hailing a cab when he fluffed the second-last, which trainer Paul Nicholls said "cost him a lot of momentum and it must very nearly have cost him the race; it certainly didn't help".

He added: "It's never ideal when there's no pace on and you have to make the running. He may want a quicker-run race but he still fought up the hill. He's a nice prospect."

FIRST PUBLISHED 5:03PM, JAN 1 2017
Whisper went missing all last year and we couldn't do anything with him at all. He was rubbish in the nicest possible way