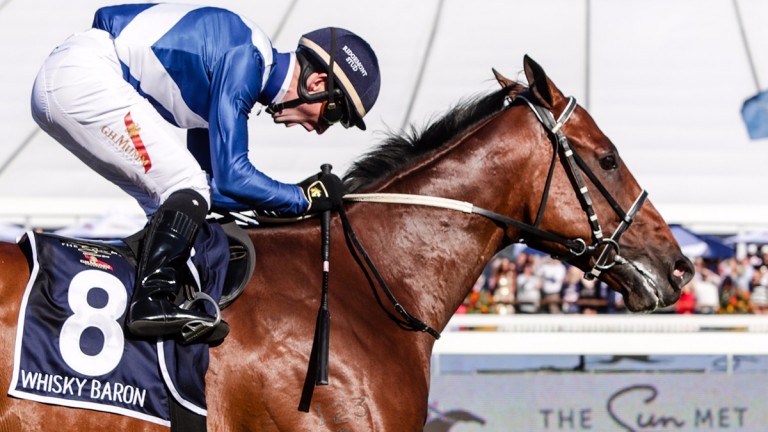 South African star Whisky Baron is to seek compensation in the Queen Elizabeth II Cup at Sha Tin in Hong Kong on April 29 after running way below his best in the Jebel Hatta at Meydan last Saturday.

Trainer Brett Crawford said: “We were all very disappointed with his run because his work leading up to the race was exceptional and he had done a lot of it with Janoobi, who ran a great race in third in the Jebel Hatta.

“He did get knocked about a bit but there are no excuses – it was a flat run – and he won’t now race on World Cup night. He will stay in Dubai for the time being and be flown from there to Hong Kong for the Queen Elizabeth II Stakes.”

Last year’s Sun Met winner has had a difficult time in what was hoped to be a successful international campaign.

He needed the run when only sixth of eight behind Beat The Bank on his British debut in the Joel Stakes last September and the equine equivalent of a twisted ankle forced him to miss the Challenge Stakes. He had won all of his last five South African starts.