Whirlybirds: Moore and co to take to the skies to take in Leger and Leopardstown 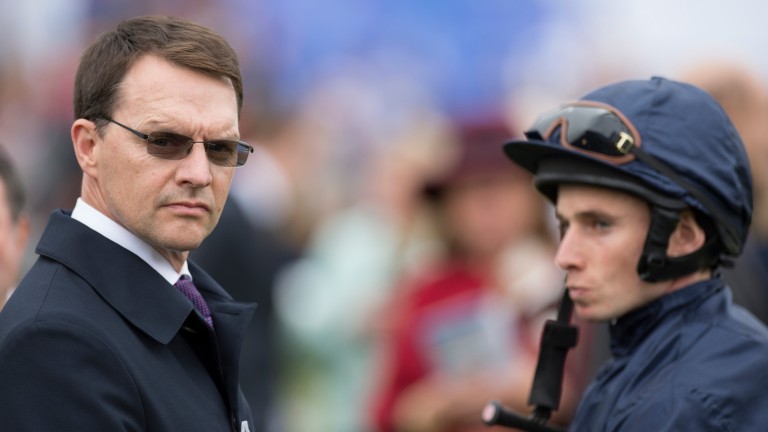 Ryan Moore, Seamie Heffernan and Wayne Lordan will be among the jockeys doubling up on Group 1 duty on Saturday, when they will make a helicopter dash from Doncaster to Leopardstown after riding for Aidan O'Brien in the William Hill St Leger.

Moore rides Kew Gardens for O'Brien in the Doncaster Classic, which is due off at 3.35, and is down to ride Magical for Ballydoyle in the Group 1 Matron Stakes at Leopardstown at 5.25 before partnering Saxon Warrior in the Qipco Irish Champion Stakes (6.35)

Heffernan, who partners Southern France in the St Leger, is declared for Clemmie in the Matron Stakes and for Athena in the Irish Champion in which Lordan, who rides The Pentagon in the Doncaster showpiece, will partner Deauville.

"The plan is for Ryan, Seamus and Wayne to ride at Doncaster and then head straight to Leopardstown," O'Brien said.

Doyle is a frequent flyer and at the end of July was beaten a short neck aboard First Contact in Deauville, before hopping across the English Channel to partner Dutch Connection in the Qatar Lennox Stakes at Goodwood just an hour and 40 minutes later.

"I'm getting a helicopter over from here, it's been done plenty of times before," he said. "We're looking forward to getting Addeybb back on the track. It's a well-known fact he wants soft ground, so there could still be a bit of weather watch with that." 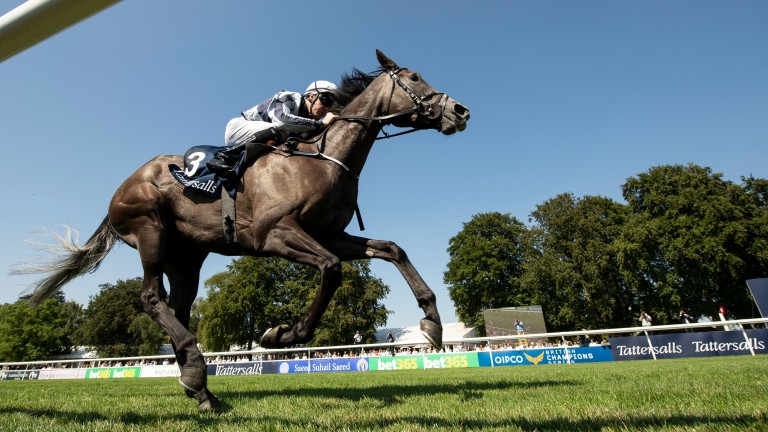 Alpha Centauri is one of the biggest stars on show at Leopardstown on Saturday
Edward Whitaker
Saxon Warrior, Athena, Addeybb and Deauville are among eight in the Qipco Irish Champion Stakes, including Saxon Warrior’s main market rivals Roaring Lion and Study Of Man, in a race that could go a long way to deciding the best three-year-old colt in Europe.

Alongside the Ballydoyle jockeys arriving from Doncaster, Donnacha O'Brien is slated to ride Rhododendron. The Kevin Manning-trained Verbal Dexterity completes the line-up.

Alpha Centauri is a best-priced 2-5 to get the better of six rivals in the Coolmore Fastnet Rock Matron Stakes.

Faithful partner Colm O'Donoghue, who knows Leopardstown like the back of his hand, may be passing on a few hints to the Niarchos retained jockey in France, Stephane Pasquier, who will be making his debut at the track when on Prix du Jockey Club hero Study Of Man a little over an hour later.

Pasquier will walk the track before racing on Saturday in order to acquaint himself with one of the few major courses in the world he is yet to ride.

Pasquier believes Study Of Man will improve on his third in the Prix Guillaume d'Ornano last month.

"He has come on enormously from his race at Deauville," said Pasquier "He had a quiet time of it before that run and hadn’t done much work, yet still managed to run third in a Group 2. He has come forward a lot since then and I'm hopeful."

Like Saxon Warrior, a son of the Japanese sire Deep Impact, Study Of Man showed determination to land the Jockey Club.

"His real strength is his acceleration and he has a change of gear that you don’t often find," said Pasquier. "He is capable of turning it on in just a few metres and can really take off. I think he is quite adaptable in terms of trip: he won the Jockey Club over a mile and a quarter and I think he’ll stay a mile and a half as well."

FIRST PUBLISHED 5:26PM, SEP 13 2018
The plan is for Ryan, Seamus and Wayne to ride at Doncaster and then head straight to Leopardstown

The best juvenile in Europe? Atomic Force shows class in Papin stroll Is Snowfall the best filly O'Brien has trained? It's now a question worth asking Sublime Snowfall records biggest winning margin in Irish Oaks for over 100 years