Which draw will score? Analysis plus key quotes for a fiendish sprint handicap 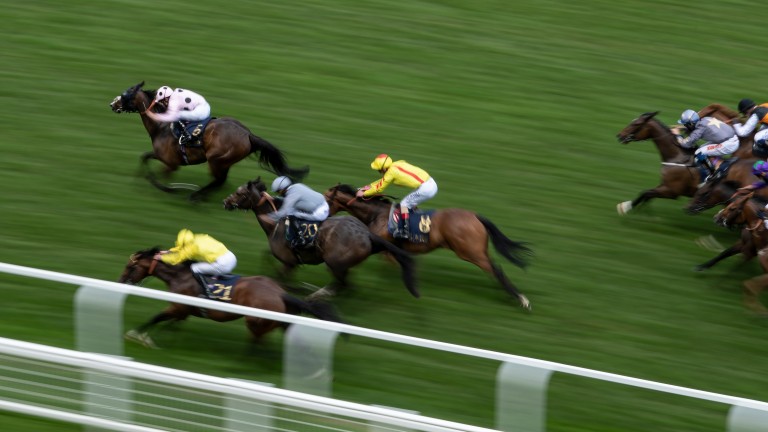 Sprint for it: will the stands' rail be the place to be again in Ascot's five furlong handicap on Saturday?
Edward Whitaker (racingpost.com/photos)
1 of 1
By Graeme Rodway & Scott Burton 6:00PM, JUL 10 2020

You will struggle to find a more open and difficult 5f handicap to solve than this and the draw could prove key to finding the winner.

The likely front-runners are drawn across the middle of the track. National Anthem (drawn 4) and Ornate (five) usually blaze a trail, but there aren’t many quicker than Justanotherbottle and he is drawn in stall 15.

Benny And The Jets is another possible pace angle from stall eight and it wouldn’t surprise me if they raced in one big group towards the centre of the track, following the pacesetters.

Therefore, it might not be ideal to be drawn on either wing and two of the likely market leaders may be disadvantaged. Arecibo will be coming from the far side in stall three and Jonah Jones could end up marooned without cover emerging from stall 20 of 20.

Justanotherbottle finished a good fifth behind Spring Loaded in this race two years ago. That is his only start at Ascot and three of his six career wins have been achieved at similar stiff 5f tracks like Nottingham and Sandown. He might have more to offer returned to this course.

If you prefer a hold-up performer then Venturous is drawn to make an impact.

The David Barron-trained runner emerges from stall nine, right among the pace coming from Benny And The Jets and Justanotherbottle.

Venturous looked desperately unlucky when second in the Gosforth Park Cup at Newcastle last time. He travelled like the winner throughout and traded at 2.6 in running on Betfair but couldn't find a clear passage. When Hollie Doyle got through, Venturous finished well to take second but couldn't match winner Caspian Prince, who had enjoyed first run.

He shouldn't have such an issue across the wide Ascot track and might be able to make an impact late, particularly if the front-runners go off too quickly.

Kevin Ryan, trainer of Justanotherbottle
He should go close if he gets his conditions, the quicker the ground the better. He's in good form after his close third at Ayr last month and this stiff five furlongs will be ideal. 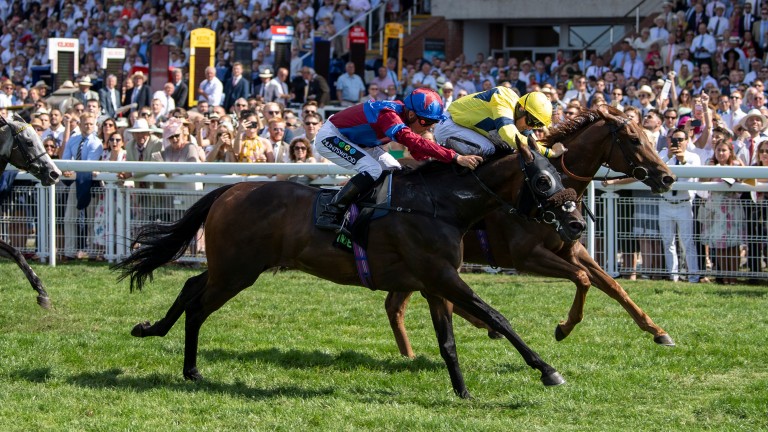 David O’Meara, trainer of Arecibo
He probably didn’t stay six in the Wokingham and this will suit him better. The nature of the track suits and he's in good form.

William Haggas, trainer of Aplomb
I should probably have run him at Newmarket on Thursday but I thought it would stay dry and then the forecast changed just after declarations. So he's running at Ascot and if they did get rain, his chance would improve.

David Brown, trainer of National Anthem
I'm looking forward to it and hope the ground dries up for him, which it looks to be. I'd love it to be on the quick side of good. He's in fabulous order and there might be a bit more to come.

Michael Dods, trainer of Jawwaal
After last year he had a few problems and we felt we wanted to concentrate on five furlongs on decent ground which he enjoyed last time and did it well. Obviously the handicapper didn't miss him so we thought we'd give him a chance in a nice race on a good track like Ascot. The forecast is for good ground and that's fine for him.

Mike Prince of Middleham Park Racing, owners of Wedding Date
We always had her pigeonholed as a five furlong horse but she has run a couple of times over six including last time at Newmarket when Thore [Hammer Hansen] rode her and nearly got up. A stiff five looks like it will suit and she's in good heart so we go there with every chance.