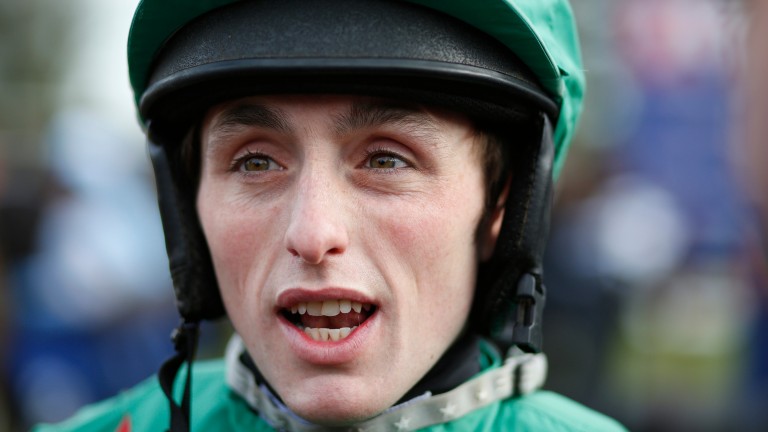 Trevor Whelan has decided to withdraw his appeal against the 16-day ban he was hit with by the Leicester stewards last Sunday after he and trainer Kevin Frost were found guilty under the non-triers rule.

Whelan was riding Chieftain's Choice for Frost in a 1m7½f handicap hurdle and finished a eye-catching fifth, coming from off the pace to be beaten nine lengths.

The Racing Post comments in running for the seven-year-old read: "Held up, pulled hard early, ran on well from bypassed last, never near to challenge."

While Frost was issued with a £3,500 fine, Whelan was given a 16-day ban and Chieftain's Choice is unable to run for 40 days.

Frost declined to comment on the matter, but Whelan lodged an appeal through the Professional Jockeys Association  on Monday. However, he has now withdrawn it after consulting with solicitor Rory Mac Neice and the PJA.

In a statement issued on Thursday, Whelan said: "While we did not school the horse I accept that the BHA's rules, and the interpretation of them, do not allow me to respond as I did to a horse who was suffering from a breathing problem, a fact I reported [after the race].

"I was only trying to look after the horse while getting him to finish the race in the best possible position and I still believe that had I put the horse under more pressure earlier he would not have finished as close as he did."

FIRST PUBLISHED 2:01PM, DEC 1 2016
I accept that the BHA's rules, and the interpretation of them, do not allow me to respond as I did to a horse who was suffering from a breathing problem, a fact I reported
Bookmaker
Price
E.W. Terms
bet365
Open Account
Ladbrokes
Open Account
William Hill
Open Account
Coral
Open Account
Paddy Power
Open Account
Betfair
Open Account
Sky Bet
Open Account
Sporting
BetVictor
Boylesport
888sport