What's on this week: anticipation builds for biggest four days in jump racing 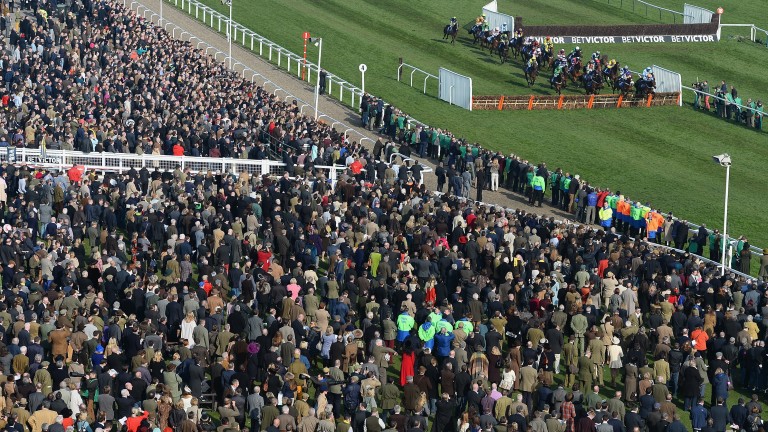 The wait is almost over. Four of the biggest days in sport begin on Tuesday as the Cheltenham Festival takes centre stage. Here are the key events to look out for this week . . .

There are four meetings for punters to endeavour to enhance their festival betting bank before Tuesday, with jump racing at Taunton, Stratford and Plumpton. Kempton supplies the evening all-weather action for Flat fans.

Meanwhile, full declarations for Wednesday's racing at Cheltenham will be confirmed. We know Santini has been declared for the RSA Chase after trainer Nicky Henderson revealed the good news on Monday morning.

The Supreme Novices' Hurdle kicks off the four-day, 28-race bonanza at 1.30pm with the famous Cheltenham roar sure to send shivers down the spine of all in attendance.

The Champion Hurdle is the highlight of the day with Buveur D'Air out to secure a third successive win in the race. The presence of crack mares Apple's Jade and Laurina ensures this is a contest worth savouring.

The Arkle and Mares' Hurdle are the other Grade 1s on the day but if you are having no luck punting at the festival, why not turn your attention to Sedgefield or Southwell on the all-weather? The party continues at Wolverhampton in the evening and we will also learn the make-up of the final fields at Cheltenham for Thursday.

The Queen Mother Champion Chase is the feature race of the day on Wednesday. The superb Altior will be out to retain his crown and cement his status as one of the jumping greats.

Our experts will aim to pinpoint further punting opportunities at Huntingdon, Lingfield and Kempton, and we will become familiar with how Gold Cup day on Friday is shaping up, with declarations and riding arrangements set to be confirmed.

Paisley Park's date with destiny in the Stayers' Hurdle takes place on Thursday and the seven-year-old is likely tackle a big field in his quest for Cheltenham glory.

The Ryanair Chase precedes the Stayers' and looks a stellar renewal. Footpad, Monalee, Road To Respect and Un De Sceaux appear likely to take their chance and contribute to one of the finest editions of the race in recent years.

Market Rasen, Hexham and Southwell are the other arenas of battle.

As the standout race in the jumping calendar the Cheltenham Gold Cup needs no introduction and this year's field contains real strength in depth.

Native River is out to retain his title while Presenting Percy, trained by Pat Kelly, would be a hugely popular winner of the showpiece event.

Other Grade 1s come in the shape of the Triumph Hurdle and Albert Bartlett Novices' Hurdle, while the Martin Pipe brings the curtain down for another year at 5:30pm.

Uttoxeter provides the remedy for Cheltenham Festival blues with its biggest meeting of the season – Midlands Grand National day, where the ITV cameras will be stationed once more.

Kempton, Fontwell, Newcastle and Wolverhampton supply further antidotes for punters suffering festival withdrawal symptoms, and those with vested interests in Irish racing can indulge in cards at Down Royal and Limerick.

The final day of the week marks just seven days until Ireland's first Flat card of the season at Naas.

Limerick enters the second day of its two-day meeting and Wexford, Carlisle and Ffos Las close out a frenetic week of action.

FIRST PUBLISHED 10:22AM, MAR 11 2019
The final day of the week marks just seven days until Ireland's first Flat card of the season at Naas