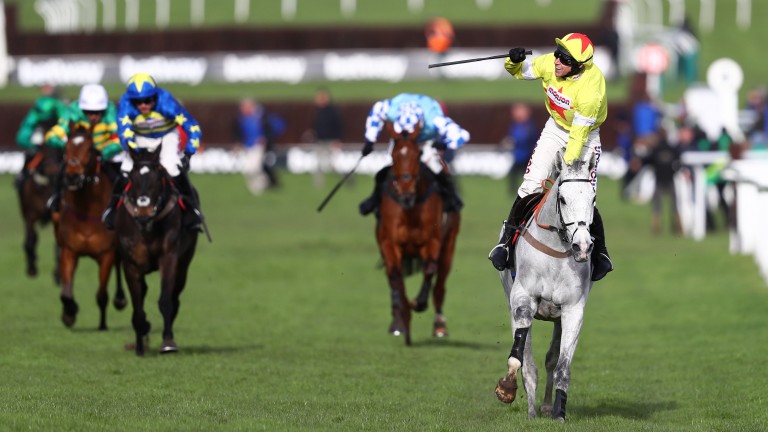 Ayr looks to have had a change in fortunes with the weather as it stages its first meeting of the year and the first jumps card of the week.

The Scottish track dramatically abandoned its first raceday of 2021 on January 2 less than an hour before it was due to begin, while its January 6 meeting also succumbed to the weather.

Monday's conditions are sure to be testing, but eight races are set to go ahead. What the feature 2m½f novice chase (1.25) lacks in quantity, with only two runners lining up, it makes up for in quality as 2019 Fighting Fifth Hurdle winner Cornerstone Lad and Coral Cup heroine Dame De Compagnie go head to head, with the latter making her chasing debut. 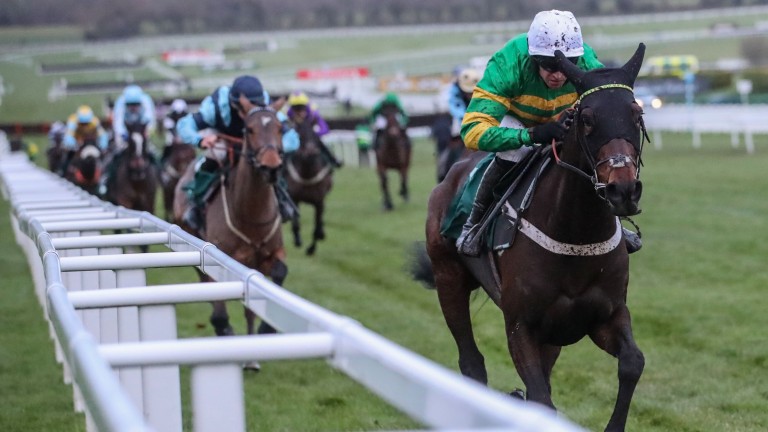 There is also competitive jumps action in Ireland with the second day of Punchestown's two-day meeting, a jumpers' bumper card at Lingfield and all-weather evening action from Wolverhampton.

Two competitive jumps cards are staged in Britain on Tuesday in the far west and east ends of the country.

The promising Full Back was a 31-length winner at Plumpton last time and looks to stamp his classy credentials on the 3m novice chase at Exeter (1.45), while at Fakenham Tom Cannon and Alan King will seek to back up their big-race victory in the Classic Chase on Saturday with former Grade 2 winner Label Des Obeaux in the 2m7½f handicap hurdle (1.55).

In Ireland, there is a seven-race card at Clonmel before Southwell's evening meeting on the Fibresand concludes the day's action.

Newcastle's jumps card was cancelled last week, but instead Gosforth Park lays on another jumpers' bumper card, which could see rising northern chasing star Aye Right in action (2.55) before loftier targets in the spring.

The quality jumps action comes from Newbury, where former Greatwood Hurdle winner Harambe is set to make his chase debut in the 2m½f novice handicap chase (1.25), while the highly regarded Panic Attack could bid to follow up her recent course victory in the 2m4½f mares' novice hurdle (2.00). 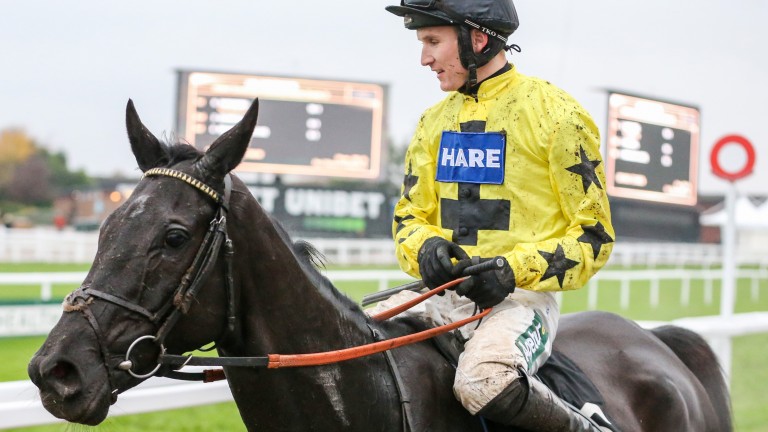 Harambe: 2019 Greatwood Hurdle hero could be seen over fences for the first time
John Grossick

There is also a jumps card from Chepstow before evening all-weather action from Southwell and Dundalk.

The feature race of the day is the Somerset National (3.50) at Wincanton and, while not quite the stamina-sapping test of many other such races, it will still take a thorough stayer to win it.

Cyclop already has a Lincolnshire National to his name and could bid for a fourth win from his last five starts after scoring at Plumpton last time. In opposition could be Grade 3 winner Limited Reserve, who runs for the connections of 2019 Welsh National hero Potters Corner.

Further afternoon action comes from Ludlow and the Lingfield all-weather before an evening fixture at Newcastle.

Just like Ayr, Ffos Las has endured a tough start to the new year, having abandoned its last scheduled meeting less than 15 minutes before the first race was due to be run.

Course officials will be hoping the weather causes no problems as the track is set to stage a seven-race card, while there is further jumps action from Musselburgh.

The feature race of the day is a Class 2 6f handicap at Lingfield (2.35), which could see Group 3 Sirenia Stakes winner Streamline try to return to winning ways before the Friday night all-weather action comes from Chelmsford and Dundalk.

Any January blues racing fans are feeling should be blown away by Saturday's action, which features a plethora of top-class stars across Britain.

The feature race is the Grade 1 Clarence House Chase (3.35), which has been pinpointed as the next port of call for Champion Chase hero Politologue before he heads back to Cheltenham for the defence of his crown in March.

His rivals could include Defi Du Seuil, who needs a revival to get his career back on track, and 2019 Arkle winner Duc Des Genievres.

Also at Ascot is a competitive handicap chase (3.00), the Holloway's Handicap Hurdle (2.25) and a Grade 2 mares' hurdle (1.15) won by Grand National runner-up Magic Of Light for the last two years. 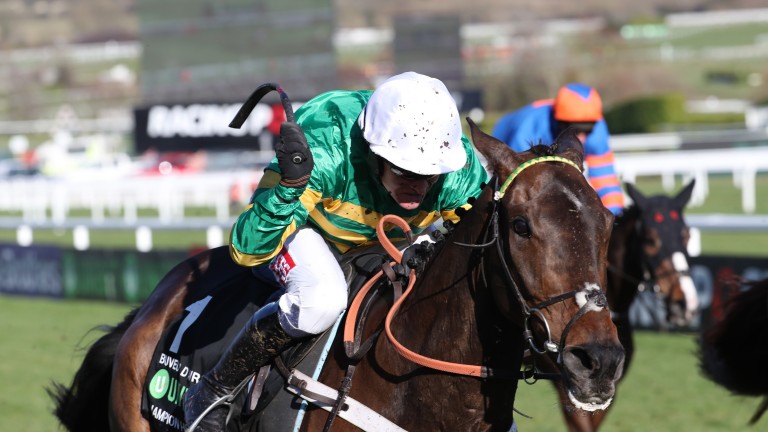 We are treated to four Grade 2 contests from Haydock as well, where dual Champion Hurdle hero Buveur D'Air could make his long-awaited return in the New One Unibet Hurdle (3.15). The Peter Marsh Chase (2.40), Sky Bet Supreme Trial (1.30) and Altcar Novices' Chase (12.55) complete the Graded line-up.

The ITV cameras also pay a visit to Taunton for the Portman Cup (2.15), while a competitive card at Navan and evening action from Chelmsford add to a Saturday to savour.

The quality action comes from Thurles, which stages its biggest raceday of the year headlined by the Kinloch Brae Chase.

The Kinloch Brae has on its roll of honour the likes of Cheltenham Gold Cup heroes Don Cossack and Sizing John, as well as top-class performers Real Steel, Newmill and Native Upmanship, so those entered will be hoping the Grade 2 can be a stepping stone to even greater things.

Racing in Britain comes courtesy of a jumps card at Hereford and an all-weather fixture at Lingfield.

FIRST PUBLISHED 8:00AM, JAN 18 2021
Any January blues racing fans are feeling should be blown away by Saturday's action, which features a plethora of top-class superstars across Britain