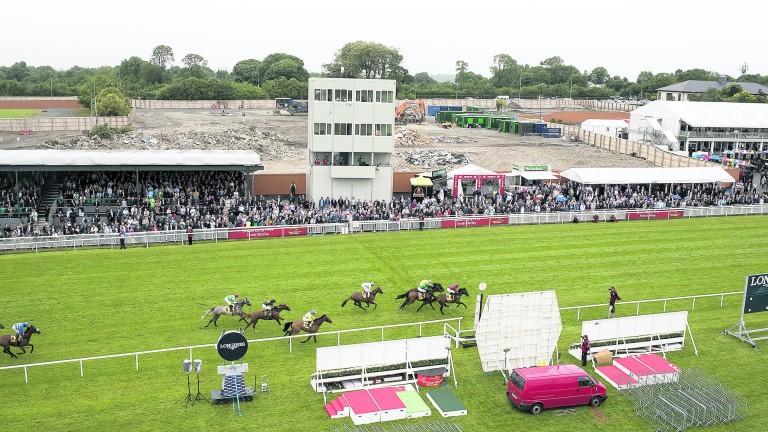 If trying to stay on top of all the top-class action on Saturday afternoon left you in something of a frazzled heap, today offers balm with an entirely different puzzle.

The Curragh serves up the cream with the Kilboy Estate Stakes and Minstrel Stakes, both Group 2 affairs, top of the bill. Earlier on the card, Rhododendron's sister Magical makes her debut.

But in Britain, it’s a different menu to the one you might expect deep into July. The Tour De France, Wimbledon final and England v South Africa Test match are on our screens but the racing is all jumps, from Southwell, Stratford and Perth. Even in Ireland they’re over the sticks at Sligo.

Not that there is anything wrong with that, mind. There are valuable handicap chases at Perth and Stratford, and, who knows, there might even be an early Triumph Hurdle clue when The Raven Master makes his debut in a juvenile hurdle for Harry Skelton after moving from Michael Bell.

Perth (first race 2.00pm) Good (GoingStick 7.1 on Sunday at 8.00am). The rails are in to the inner most position, race distances as advertised.

As well as action from five tracks in Britain and Ireland we'll be trying to make sense of what happened on a frantic Saturday afternoon and hoping some of the key questions get answered surrounding the next stops for the likes of Harry Angel, Caravaggio and Enable.

Our experts from around Britain and Ireland have their best bets of the day.

Meanwhile, Tom Segal has a pair of fancies at the Curragh and David Jennings has had his say on the card too.

All the reports from Super Saturday, like the July Cup, the Irish Oaks and the John Smith's Cup, plus a cracking RP Sunday.

Check out Joe Champion with his take on the Wimbledon Men's Singles Final.

After the feast of Flat racing on Saturday why are all three British fixtures today over jumps?